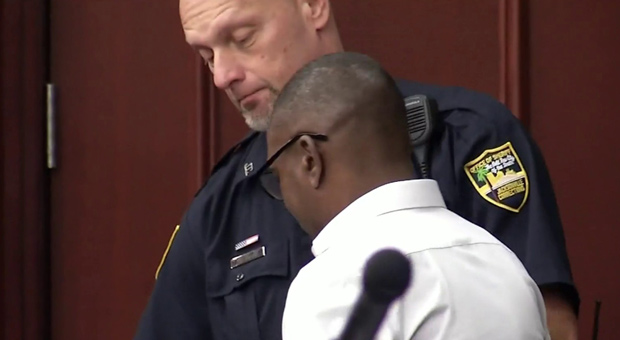 A convicted sex offender and registered Democrat has been sentenced to ten months in prison for voter fraud in Duval County, Florida.

Marc Crump, 54, who voted as a felon when he wasn’t eligible, pleaded guilty to two counts of voter fraud last year.

Crump, a registered sex offender, registered to vote in June 2020, then voted in the August 2020 primary elections and also the November 2020 general election.

Crump applied to regain his voting rights in Florida after serving time in prison, before being sent a voter registration card in the mail.

Crump registered as a Democrat when he voted early in June 2020, just before the August 2020 primary elections.

Crump argued that Florida’s law was confusing to him. The state restored voting rights to 1.5 million felons in 2018, but excluded those convicted of murder and sex crimes.

Last year, multiple arrests took place in Florida after convicted felons were informed they had voted illegally in 2020 after they obtained voter registrations.

Crump received a letter advising him his voting rights were invalid, marking the first time he was aware he was not allowed to vote.

But Duval election officials said Crump lied about his felony conviction on his voter registration.

Crump’s voter registration details are not present in state databases as of February 2022.

According to the warrant, Crump had also registered to vote in Duval County in September 2004 and cast a ballot in the 2008 general election. However, the statute of limitations had expired on that matter.

He’s a democrat s*x offender.
Sorry for the tautology.