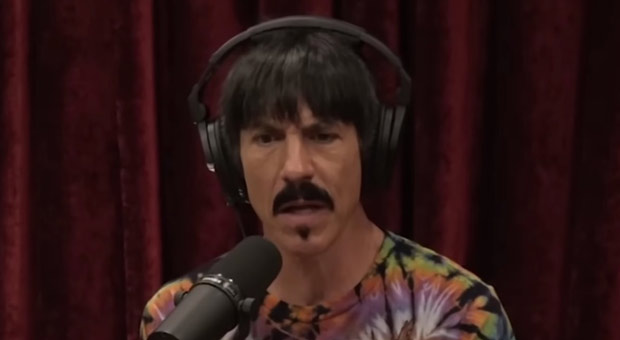 “So two months ago, we were playing at the MetLife Stadium in New Jersey,” Kiedis told Rogan.

“These two painter sisters from Texas, raised in Manhattan, brought their friends to the show. We’re like great, come, and we’ll hook you up with tickets and passes,” he added.

“And the girl they brought was radiant in every aspect of the word. Physically beautiful, energy, kindness, just light,” the singer said.

“And all of my friends were like, who’s that girl? That girl’s amazing.”

“And a week went by, and I opened the paper, and I saw this girl had died unexpectedly,” Kiedis revealed.

“Actor, model, artist, and she woke up and died. And they’re not sure why. Maybe sepsis, who knows?” Kiedis said seemingly baffled.

The singer’s remarks come amid growing reports of performers and athletes dying “suddenly” over the past year.

An international study involving 136 research institutions in 32 countries has documented an increased incidence of ischemic strokes in young patients.

As Forbes reported, more than a third were under 55, and many lacked typical risk factors such as smoking, diabetes, and high blood pressure.

Meanwhile, unusually high death rates are being reported in European countries like the Netherlands, Germany, Spain, Portugal, and the U.K.

As The Daily Fetched reported last month, the death rate has sharply risen in Europe by an average of 11 percent since April this year.

But experts are more baffled by the fact the deaths are not directly related to the coronavirus.

Volkskrant reported that hundreds more people are dying every week than usual.

Is there an elephant in the room that’s being ignored?