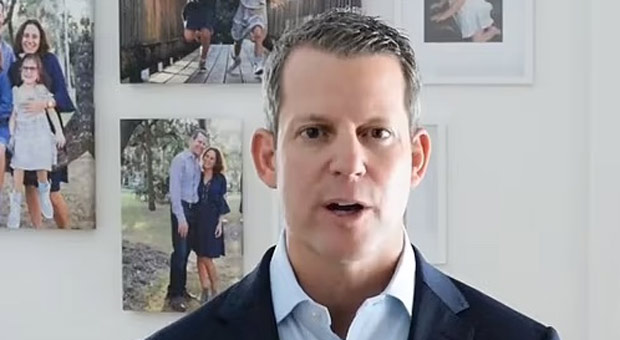 DeSantis suspended Warren because of his promise not to enforce the state’s 15-week abortion ban while supporting transition treatments for minors.

Warren was suspended last week from his post as state attorney in Hillsborough County and escorted from his office.

DeSantis accused the Democratic attorney of “incompetence and willful defiance.”

“I’m not going down without a fight,” Warren said on the video.

“I refuse to let this man trample on your freedoms to speak your mind, to make your own health care decisions, and to have your vote count,” he added.

“Ron DeSantis is trying to overthrow democracy in Florida. His plot to suspend me blatantly violates the most fundamental basis of our democracy — your vote,” Warren continued.

“I was elected because the people of this county share my vision for criminal justice, trust my judgment, and have seen your success. I swore to uphold the Constitution, and that’s exactly what I’ve done. DeSantis is trying to take away my job for doing my job.”

In his defiant video, Warren added:

“DeSantis is trying to take away my job for doing my job. He came down to Tampa, to Hillsboro County, to illegally remove me as part of some political circus.”

“You, the people do. We’ve all seen the consequences of politicians who think they’re above the law and can do whatever they want. That’s why DeSantis and his abuse of power must be stopped.”

In conclusion, Warren said, “I refuse to let this man trample on your freedoms — to speak your mind, to make your own health care decisions and to have your vote count.”

State police were sent to physically remove Warren from his office, “with access only to retrieve his personal belongings, and (ii) to ensure that no files, papers, documents, notes, records, computers, or removable storage media are removed from the Office of the State Attorney…”

In 2017, Warren said he would only pursue the death penalty “in the very worst cases,” but not where “mental illness played a role.”

DeSantis’ office issued a statement on the suspension.

“This isn’t about abortion or any one thing, it’s about having accountability to our system of law and order to prosecute crime. There has been a pattern developing in Hillsborough County where one person picks and chooses which laws he wishes to enforce,” DeSantis’ office stated.

This guy is an i d i o t! Not following the law is what he does, pick and choose what laws he will prosecute. Also, This nation is NOT A DEMOCRACY, IT’S A CONSTITUTIONAL REPRESENTATVE REPUBLIC!