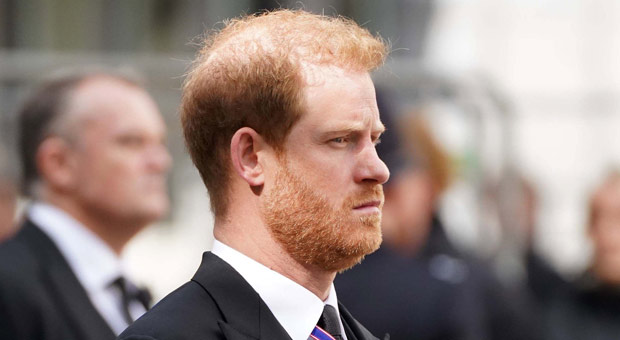 Is Prince Harry’s book the biggest threat to the Royal Family since his late mother, Princess Diana? Well, maybe in terms of bad press and a PR nightmare, but on the whole, he appears to be digging himself a big hole that he may never get out of.

The British Royal’s PR machine is well-oiled, equipped with years of tackling anything that puts them in a bad light, and any liability or potential threat is quickly removed, as we’ve seen in the past.

Since marrying Meghan Markel, Harry’s disconnect with the public became pronounced, with his incessant ‘woke’ whining and virtue signalling on climate change, accusing everyone of unconscious racism,’ he didn’t just drink the liberal cool aid; he now has it on a drip.

Harry still asserts that his family is “complicit” in his wife’s pain and suffering, comparing them to abusers and accusing them of “trashing” his and Meghan’s reputations, forcing them to move to California.

Earlier this week, Prince Harry became the first member of the Royal family to publicly criticize Prince Andrew over his relationship with sex trafficker Jeffrey Epstein, referring to his uncle’s affair as “a shameful scandal” in his memoir, Spare. This move could be applauded in terms of breaking ranks from the Royal family, but it could also be seen as stating what everyone already knows to sell more books.

After Harry and Meghan moved to North America, they were no longer entitled to Royal security, prompting the Prince to sue the UK government over a decision to withdraw taxpayer-funded royal protection after he stepped back from royal duties in 2020.

Harry said he believed it was an “obligation” and an “implicit promise” for the Royals to protect them “after what happened to my mother,” who lost her Royal security in the lead-up to her death in 1997.

In Prince Harry’s book, ‘Spare,’ he writes: “Also, not in the wake of my Uncle Andrew. Despite being embroiled in a shameful scandal, accused of sexually assaulting a young girl, no one had even suggested removing his security.”

Not long after Harry voiced concerns about his security, he made a move that would put both him and his family at more risk than ever, bragging about killing 25 members of the Taliban in his memoir.

Moreover, Harry not only puts himself at risk, but also the nation, as such remarks could stir up tensions and cause terrorist groups to act in retaliation.

An influential member of the Afghan government, Anas Haqqani, said in response to Harry’s remarks: “The ones you killed were not chess pieces, they were humans; they had families who were waiting for their return. Among the killers of Afghans, not many have your decency to reveal their conscience and confess to their war crimes.”

Military and intelligence experts warned of the enormous risks around Harry speaking out about a sensitive subject.

RELATED: Why Meghan Markle’s Victim Mentality Is The Biggest Insult to The Truly Oppressed

Retired army veteran Col. Tim Collins, who became famous for his speech at the start of the Iraq war in 2003, said the Prince’s talk of “kill-count” was crass and “we don’t do notches on the rifle butt.”

In a leaked extract from his memoir, the Duke of Sussex says: “When I found myself plunged in the heat and confusion of combat I didn’t think of those 25 as people,” adding, “They were chess pieces removed from the board.”

Collins accused Harry of engaging in “a tragic moneymaking scam to fund the lifestyle he can’t afford,” adding that the remarks were “chosen by someone else,” a veiled swipe at his wife.

Harry’s comments also caused unease among British Muslims as defamation lawyer Zillur Rahman, noted, “We have seen a focus on a number of killings in Afghanistan, which in some cases have included innocent civilians. I don’t know who the targets were in Harry’s case but of course, I find them distasteful.

In the absence of the Prince’s ‘woke’ whining and his wife’s constant liberal victimhood, it would be easier to feel sorry for Harry and perhaps even disregard his Taliban comment as an ill-advised choice of words. However, in the light of the couple force-feeding their anti-Western, anti-British woke ideology on the public, any mercy, and now indeed, the Muslim community has all but evaporated.

French journalist Allister Heath, in a piece for The Sun, wrote: “NOTHING the Royal Family can say or do will ever be enough for the woke revolutionaries, the hard-Left ideological storm-troopers who have taken over so many of our institutions and brainwashed our children.”

“To them, Britain, like the rest of the Western world, is and will always remain an institutionally racist, patriarchal and oppressive country, with a hideous, imperialistic past and no possibility of redemption.”

“The Royal Family, at the apex of the Establishment and at the heart of our island story, embodies “white privilege.” It must automatically be guilty of all of these sins, and more.”

“This insulting, infuriating narrative has been given a massive boost from an unlikely source,” Heath noted.

Harry’s self-inflicted alienation from his family and now the establishment itself is reminiscent of the dangerous territory The Beatles Singer John Lennon entered with the influence of his wife Yoko over forty years ago.

Although Harry isn’t sitting on a bed with Meghan surrounded by flowers telling journalists to give “peace a chance,” he is, however, destroying the foundation of his safety and what allowed him to enjoy such a privileged lifestyle.

Unlike his mother, who had the support of the British public before her death, it is one of the luxuries Harry could be about to lose, and like his mother, he may have rattled the wrong cages.

The whining sissy couldn’t even stand up to his brother let alone 25 Taliban fighters. If ginger boy killed anybody it had to be with a push of a button from a very very very long distance. But now the p***y-whipped “prince” likes to brag about how tough he is. What a joke!