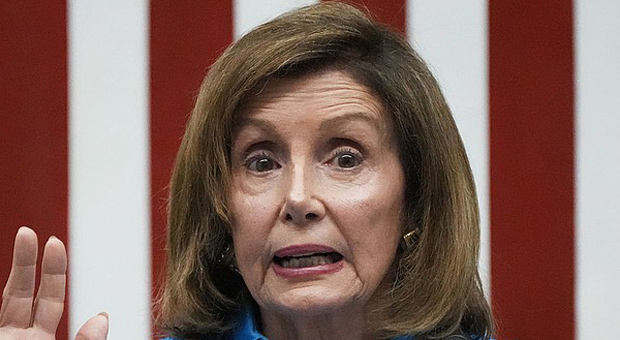 A recent press conference saw House Speaker Nancy Pelosi roasted on social media after she made bizarre comments regarding her so-called “connection” to China.

The House Speaker proved once again that the current leadership is not sending their “best” to represent the United States on the world stage.

Social media erupted after the House Speaker remarked about her so-called “connection” with China during a press conference on Thursday.

Pelosi said she always had a special connection with China because of this one specific memory.

“When I was a little girl, I was told at the beach if I dug a hole deep enough, we would reach China, so we’ve always felt a connection there,” Pelosi said.

The video of her comments during the press conference saw Pelosi roasted on social media, as the House Speaker failed to escape the wrath of Twitter.

“This will go down in history as one of the most memorable speeches in political history, along with Kamala’s speeches I mean just wow so incredible,” another wrote.

The Chinese foreign minister warned Pelosi is playing “with fire” on her visit to Tawain – repeating President Xi’s words in his phone call with Biden last week, saying she risks the U.S. becoming an enemy of “1.4 billion Chinese people” and thus “will not meet with a good end.”

Pelosi said in a statement:

“Our visit is one of several Congressional delegations to Taiwan – and it in no way contradicts longstanding United States policy, guided by the Taiwan Relations Act of 1979, U.S.-China Joint Communiques and the Six Assurances.”

“The United States continues to oppose unilateral efforts to change the status quo.”

Pelosi is by far the futherest from being a US diplomatic leader..She is a laughing stock on both sides of the pond.
Stupid is as Stupid does