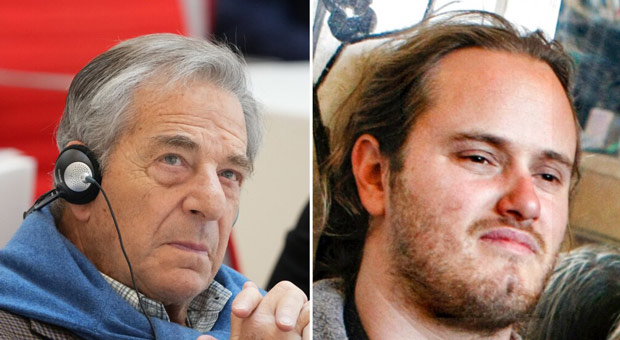 The attack on the 82-year-old husband of Speaker of the House Nancy has raised an avalanche of questions since we first reported the story on Friday.

The attacker, now identified as David DePape, is facing charges of attempted murder and other felonies after breaking into the Pelosi home and attacking Paul Pelosi with a hammer while asking, “where is Nancy.”

It is no surprise that Democrats used the incident to demonize the Republican party, even with director Rob Reiner going as far as blaming Donald Trump directly for the attack.

At The Daily Fetched, we wholly condemn the attack, including all acts of violence – especially ones that are politically motivated.

However, as journalists, we must ask questions, regardless of the apparent sensitivity of the story or subject.

Question 1 – The media portrays David DePape as a ‘right-wing’ extremist, so why did his Berkely home have a Black Lives Matter sign and an LGBT rainbow flag in the window?

According to Politico, DePape subscribed to the discredited narrative that the 2020 presidential election was illegitimate and espoused a range of bigoted and radical beliefs. He expressed anti-Semitic views and appeared to embrace the QAnon movement, which posits a secret cabal of pedophiles has been protected by people in power.”

However, a Substack post by Michael Shellenberger notes, “DePape lived with a notorious local nudist in a Berkeley home, complete with a Black Lives Matter sign in the window and an LGBT rainbow flag, emblazoned with a marijuana symbol, hanging from a tree.” Hardly far right?

Question 2 – CCTV cameras and security detail surround the Pelosi home, so how could someone break in unnoticed?

The Gateway Pundit asked this question:

How did an individual broke into the home of the Speaker of the US House of Representatives, there surely is a surveillance system that would tell the police and numerous entities that the house had been broken into. There’s no doubt that the Pelosis’ home has a security system. This system likely includes motion detectors as well. Any movement near the house or broken glass would immediately be registered at the surveillance company. They in turn would notify the police of the encounter. Also, there are likely police cars circling the neighborhood where the Pelosis live. But the police reported that Paul Pelosi made the call to the police. Paul Pelosi never shared that the home was broken into.

There are also questions about this event being a burglary. DePape reportedly forced entry into a rear door. But a video from yesterday shows that there was glass on the outside of the home on the stairs behind the house. If the window was broken from the outside, wouldn’t the glass be on the floor on the inside of the house?

Question 3 – Who was the unidentified ‘third’ Person who let police into Paul Pelosi’s home on the night of the attack?

As we reported over the weekend, a mysterious ‘third’ person let police officers into Paul Pelosi’s home on the morning of the attack.

San Francisco Police Department Chief Bill Scott said that upon the arrival of law enforcement officers to Pelosi’s home, “the door was opened by someone inside.”

This could be a housekeeper, but police body cam footage should put this to bed unless something goes wrong and it fails to record.

Question 4 – various media reports say DePape posted conspiracy theories about America’s “elites/ruling class” on his WordPress blog; why did his blog only post between the dates Aug 24-28 before being scrapped?

But before DePape’s slew of “conspiracy theory” posts between Aug 24-28, the last time he posted before those dates were Jun 24, 2007. At least two online blogs under DePape’s name are stocked with posts from 2007 and 2022 speaking of “censorship,” “Big Brother,” and pedophiles. One contained calls for violence and antisemitic content. It was not immediately clear that he was responsible for the posts, and San Francisco police did not immediately respond to questions about DePape’s online presence.

The site Godisloving.wordpress.com was scraped on Friday and shut down on Saturday.

The other site listed, www.frenlyfrens.com/blog is no longer active as well. It, too was shut down on Saturday.

Question 5 – is it normal for glass to be on the outside of the home due to forced entry into the house?

According to ABC News, the suspect entered through the sliding glass door:

“The break in at Nancy Pelosi’s house is suspected to be targeted, law enforcement sources tell ABC News. The suspect allegedly entered the house through a sliding glass door, carrying a hammer, and was apparently looking for the House Speaker herself.”

So what was this the point of entry?

According to D. W. Wilber, who has “over thirty years of experience in Security and Counterterrorism as a former Intelligence Officer serving with the Central Intelligence Agency and the Department of Defense in Eastern and Western Europe, the Middle East, and law enforcement,” the glass on the outside of the door was an anomaly.

“As a cop for 11 yrs in St. Louis I never once worked a burglary where the broken glass and debris at the entry point was OUTSIDE the residence,” he wrote on Twitter.

Question 6 – How was Paul Pelosi able to take a bathroom break in the middle of the attack?

Politico reported that Pelosi was able to “use the bathroom” in the midst of the break-in. From there, Pelosi could dial 911 from a phone he had conveniently left charging…in the bathroom.

The Politico article also stated that the 911 dispatcher thought there was “something more to [the 911 call]”.

You can listen to the call here and make up your own mind. Was Pelosi speaking in code to the operator when he referred to his attacker as a ‘friend?’

Your guess is as good as ours.