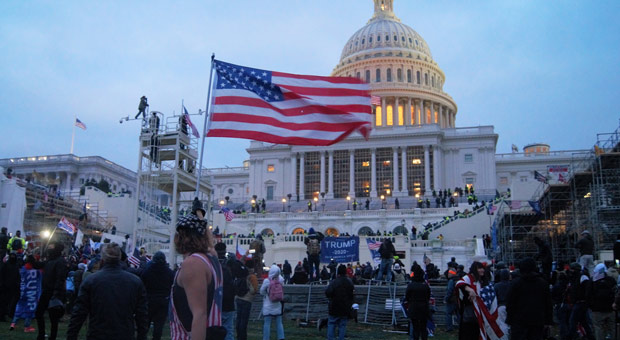 The $1.7 trillion omnibus bill will give a much bigger budget for the Justice Department to prosecute January 6 prisoners, a House Appropriations Committee summary revealed.

The bill will increase the DOJ’s budget “to further support prosecutions related to the January 6 attack on the Capitol and domestic terrorism cases.”

The budget will increase by $212.1 million from current levels of $2.63 billion annual budget.

Previously, the DOJ requested Congress for only $34 million for its budget to fund 130 employees to investigate the 80 January 6 prisoners. However, the budget was expanded to $212.1 million.

“The cases are unprecedented in scale, and [it] is expected to be among the most complex investigations prosecuted by the Department of Justice,” the DOJ previously told Congress.

It claimed the budget was “necessary for the continued prosecutions of the growing number of cases related to this breach of the U.S. Capitol that has left the Department with an immense task of finding and charging those responsible for the attacks.”

Attorney General Merrick Garland said in July the department did not need more funds to prosecute the prisoners but was happy to take additional means if provided.

“Of course, we’d like more resources, and if Congress wants to give that to us, that would be very nice,” Garland said.

“But we have people — prosecutors and agents — from all over the country working on this matter.”

The increased budget comes just before Republicans retake the House next year.

Many establishment Republicans and Democrats have scrambled to get the omnibus deal done before the 118th Congress gavels into session, fearing they would not be able to enact initiatives in a Republican-controlled House.

Meanwhile, the FBI, the agency exposed on the Twitter Files for working with the platform to censor conservatives, will receive “an increase of $569.6 million above the fiscal year 2022 enacted level and $524 million above the President’s budget request, including for efforts to investigate extremist violence and domestic terrorism.”

Nine hundred people were arrested by the FBI in relation to the January 6 riot, NBC reported.

The whistleblower said the FBI was creating a false narrative by reclassifying January 6 cases as separate instances of “domestic terrorism.”

Earlier this year, FBI director, Christopher Wray, said that the FBI considers the January 6 Capitol attack an act of “domestic terrorism,” suggesting “serious charges” were on the way.