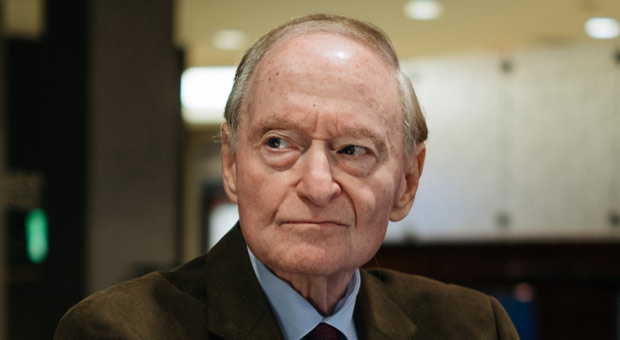 Steven Hoffenberg, the former mentor and business partner of deceased sex trafficker Jeffrey Epstein, was found dead in an apartment in Connecticut on Tuesday.

Hoffenberg’s death was confirmed by medical examiners on Friday, according to the Derby Police Department.

Police conducted a wellness check on Hoffenberg when they discovered him.

The body of Hoffenberg was already decomposing when discovered by police, and dental records confirmed his identity.

Medical examiners believe Hoffenberg had been dead a week before being discovered.

The cause of death has not yet been determined and is still pending a toxicology report, police noted. But the initial autopsy revealed there were no signs of trauma.

Hoffenberg was the CEO, Chairman, and the President of Towers Financial Corporation, a Ponzi scheme under the guise of a debt collection company.

Hoffenberg employed Epstein in the 1980s, around the same time the scheme began, the Associated Press reported.

Hoffenberg claimed Epstein was considered a key player in the Ponzi scheme.

“I thought Jeffrey was the best hustler on two feet,” Hoffenberg told the Washington Post in 2019. “Talent, charisma, genius, criminal mastermind. We had a thing that could make a lot of money. We called it Ponzi.”

Despite Hoffenberg’s claims of Epstein’s involvement, the pedophile sex trafficker never went to trial for anything related to Towers.

“I deeply regret that I met Jeffrey Epstein, who is somebody that has haunted me for over 30 years. Without me, he wouldn’t be the billionaire he is today and these poor girls would not be raped,” he said in the 2019 documentary film Filthy Rich.

Hoffenberg also claimed Epstein started to show signs of his predatory behaviors toward young girls in the 1990s, per an interview with Quartz in 2019.

Hoffenberg breifly ran the New York Post from January to March 1993 when he saved it from bankruptcy after buying it out.

But due to legal troubles stemming from the Towers scheme, he eventually relinquished his role at the paper.

“The former mentor of Jeffrey Epstein has drawn a link between the beginning of the disgraced financier’s downfall and the brief relationship Epstein enjoyed with former President Bill Clinton more than a decade and a half ago.”

In 1995, the disgraced businessman pleaded guilty to defrauding investors out of more than $450 million, serving almost 20 years in prison.

Hoffenberg told Quartz he became a born-again Christian while in prison.