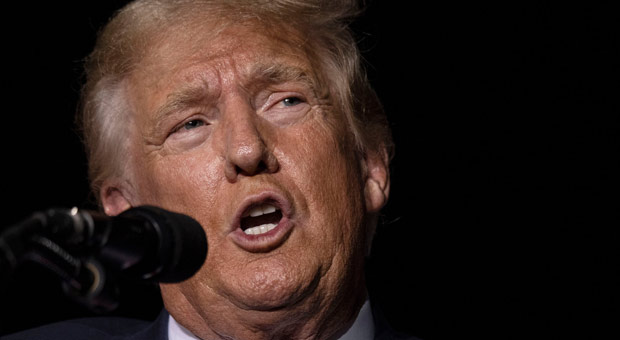 Just when you thought the liberal media and their cohorts of so-called “experts” could not get anymore insane, a new narrative that “peace deal” in Ukraine could be more dangerous than actual nuclear war is being pushed.

Pavel Podvig, an expert on Russia’s nuclear doctrine and capabilities at the UN Institute for Disarmament Research, told Insider that a move to implement a “peace” deal risks setting a precedent that atomic blackmail is the way to win wars.

Podvig said that such a peace deal, pushed by former President Donald Trump and Tesla CEO Elon Musk, could well make the world much less peaceful.

“The West supports Ukraine with weapons and financial and moral and political support. Giving that up and saying that, ‘Well, you know, we are too afraid of nuclear threats and so we just want to make a deal’ — that would certainly set a precedent that would not be very positive,” Podvig said.

“If you yield to this nuclear threat once, then what would prevent Russia in the future — or others — to do the same thing again?” he asked.

“Just giving in at this point,” he continued, “would actually be dangerous.”

As the looming threat of nuclear Armageddon continues, Russian President Vladimir Putin doubled down on existential threats to Ukraine and partner nations.

“If the territorial integrity of our country is threatened, we will certainly use all the means at our disposal to protect Russia and our people,” Putin said in a speech last month, just before nominally expanding Russia’s borders by illegally annexing swaths of eastern Ukraine. “This is not a bluff,” he said.

Experts say Putin’s threats are a source of growing concern, given the unpredictability of military conflict.

Trump recently offered to broker peace in Ukraine, but was met with media silence and a liberal backlash on social media.

“We must demand the immediate negotiation of a peaceful end to the war in Ukraine, or we will end up in World War III and there will be nothing left of our planet,” Trump said at a rally this month.

Meanwhile, Tesla CEO Elon Musk warned that allowing the conflict in Ukraine to continue could end end in “nuclear war” and posted a Twitter poll on Russia-Ukraine peace, which attracted vicious attacks from the leftist’s blue tic brigade, bots, and even government officials.

One example of this was Kiev’s ambassador to Germany, Andrij Melnyk’s response to Musk’s poll concerning peace in Ukraine.

“F*ck off is my very diplomatic reply to you,” snapped Melnyk.

Podvig said that Russia could decide to use nuclear weapons if its hold over Crimea were threatened.

The nuclear expert added that Russia would likely go big and destroy an entire city to achieve the necessary “shock.”

“You really would have to kill a lot of people,” Podvig said.

“We are talking about tens, maybe hundreds of thousands of people. And you would have to do that very much in cold blood.”

Direct intervention in Ukraine by NATO could also lead Russia to conclude that it faces an existential threat, Podvig warned.

“That’s directly the path to escalation, in my view,” Podvig said.