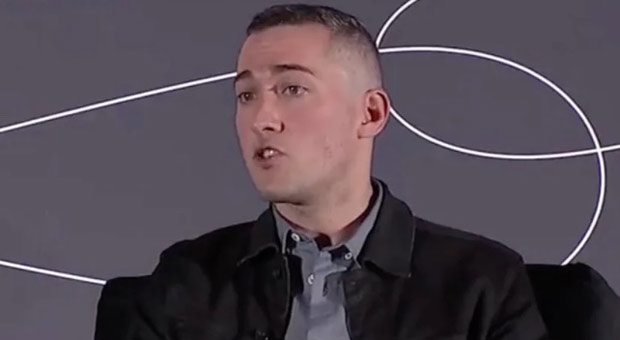 Former Twitter censor Yoel Roth said that the platform’s decision to ban satirical website The Babylon Bee was justified because the site’s content is “not funny” and “dangerous.”

The former head of trust safety made the remarks during an appearance on a Knight Foundation panel.

The Babylon Bee was locked out of their Twitter account earlier this year for “misgendering” Assistant Secretary of Health Rachel Levine – a biological male who identifies as a woman.

The Babylon Bee gave Levine a “man of the year” award, which prompted the suspension.

Last month, Yoel Roth admitted that banning a story about the Hunter Biden laptop scandal was a “mistake” but stood firm on the censorship of the Babylon Bee, saying it was perfectly reasonable.

“When you repeatedly tweet violations of a policy there are consequences, including account timeouts, and ultimately, they can lead to suspension. And they did,” he added.

While commenting on the Babylon Bee issue, Roth said, “I want to start by acknowledging that the targeting and the victimization of the trans community on Twitter is very real, very life-threatening, and extraordinarily serious.”

“We have seen from a number of Twitter accounts, including Libs of TikTok notably, that there are orchestrated campaigns that particularly are singling out a group that is already particularly vulnerable within society,” he added.

“Not only is it not funny, but it is dangerous, and it does contribute to an environment that makes people unsafe in the world. So, let’s start from the premise that it’s fucked up,” said Roth.

Roth claims that joking about the fact that there are only two genders is “dangerous.”

Since then, Musk released the explosive Twitter files, which laid bare evidence that the platform worked with Democrats to suppress the Hunter Biden story, thus impacting the 2020 presidential election.

On Saturday, former President Donald Trump suggested the revelations emanating from the Twitter scandal could result in the “termination” of the United States Constitution being allowable.

“So, with the revelation of MASSIVE & WIDESPREAD FRAUD & DECEPTION in working closely with Big Tech Companies, the DNC, & the Democrat Party, do you throw the Presidential Election Results of 2020 OUT and declare the RIGHTFUL WINNER, or do you have a NEW ELECTION?” Trump said.