NBC Reporter: MAGA Movement Is Nothing but a ‘Violent Fairytale of Revenge’ 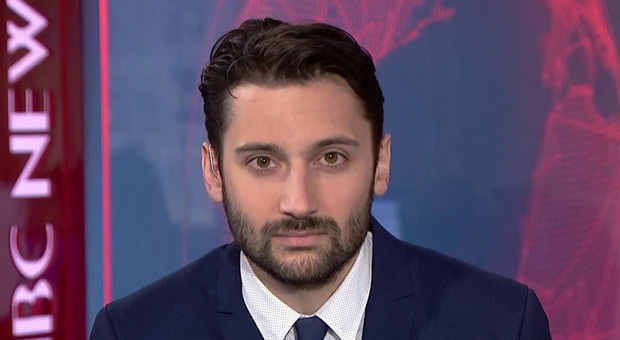 NBC News reporter Ben Collins demonized pro-Trump Republicans and the MAGA movement, accusing them of being focused on political “revenge” and “retribution” instead of “facts.”

“I think it’s time we start covering Trumpism for what it is now. It’s no longer a political movement. It’s a violent fairytale of revenge on political enemies,” Collins said.

“Feds could’ve found a body in those Mar a Lago boxes and followers wouldn’t care. It’s about retribution, not facts,” he added.

Collins tweeted a video of his recent MSNBC appearance where he claimed Republicans don’t care whether Trump broke the law because they are more focused on vengeance for having their ideal America stolen from them.

“They want the world to return to the pre-90s world in general, but they also just want to get revenge on the people who changed the world to make it so they have less power in their view, in their eyes.”

He explained further, “That’s what they thought they were getting with Trumpism 1.0. They didn’t think he was serious enough about this culture war. Now they think that he’s going to actually exact that revenge if he gets back into office.”

Collins doubled down on his point in a follow-up tweet, claiming Trump supporters and the MAGA movement don’t care about the truths revealed by investigations.

“Pro-Trump forums now exist to disseminate weaponizable data on new perceived villains to harass and threaten. One week it’s FBI agents, then IRS agents, then teachers or doctors,” he theorized.

“This won’t stop, even if Trump is indicted. But it deserves to be reported on as the pattern it is.”

But some commentators pushed back against Collins’ claims.

Commentator and Claremont Institute Fellow David Reaboi also criticized Collins for suggesting that coverage of Trump supporters had turned some kind of corner like they hadn’t been vilifying Trump supporters for years.

“They keep dialing up the rhetoric — as if the media has been covering ‘Trumpism’ as a political movement until this point rather than as a boogeyman they want to completely destroy,” he noted.

Contributing editor for the Spectator, Stephen L. Miller, responded to Reaboi’s remarks, saying: “It’s interesting [that] Ben thinks his job is to act as the defender to powerful bureaucracies like the FBI and IRS.”

READ MORE:  Former Trump Allies Who have Turned against Him since Announcing 2024 Run

Judicial Watch President Tom Fitton suggested Collins got the “memo” from other powerful figures to frame Trump supporters and use them as scapegoats.