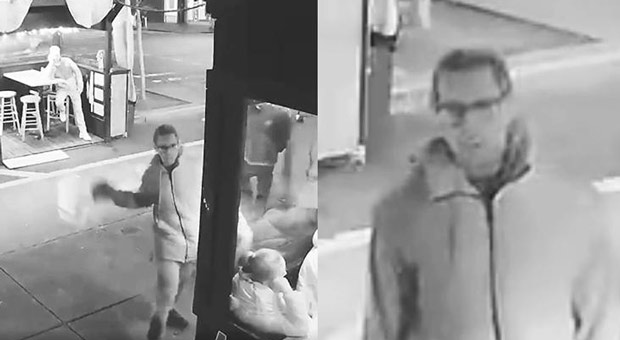 Following reports this week that a New York City gay bar suffered an attack from a man throwing bricks at its windows, the media’s narrative suggested the drinking establishment was the subject of a “hate crime” attack.

Erik Bottcher, a New York City council member who represents Hell’s Kitchen and is gay, called the incidents “hate crimes” in a tweet on Sunday and urged anyone with information that could identify the perpetrator to reach out to the NYPD Hate Crime Task Force. DeParolesa said Saturday’s incident had been referred to the task force.

New York leftists jumped to the conclusion it was something sinister.

“A well-known gay bar on Manhattan’s west side has been attacked repeatedly in recent weeks. We can not stand for this.”

According to the NYPD and the bar’s owner, Saturday’s incident was just the latest in a string of similar attacks.

The first attack occurred last month, but wasn’t reported because it happened after hours.

After another brick was thrown at the front window on the afternoon of Nov. 13, the owner began to suspect his bar was being targeted.

The suspect in custody for these “hate crimes” is 34-year-old Sean Kuilan, who is gay.

New York Chief of Detectives James Essig claimed the suspect vandalized the place in defense of some gal he knows, The New York Post reported.

“Basically, what he says [is] he knows a girl who had a problem with one of the guys in the bar, and he was ‘exacting revenge,'” Essig told the paper. “As of right now, we don’t have any reason to believe it is [a hate crime].”

Kuilan told authorities, “I’m gay myself,” as they took him out of the police van.

The suspect does not appear to be trying to perpetuate a false narrative, unlike other hate crime hoaxes like Jussie Smollett.

Kuilan appears to be seeking “revenge” on behalf of his friend; there is no evidence he is trying to push the idea that there is a wave of anti-LGBTQ violence.

LGBTQ is a wide range of mental illness with the sexuality component only a small part.