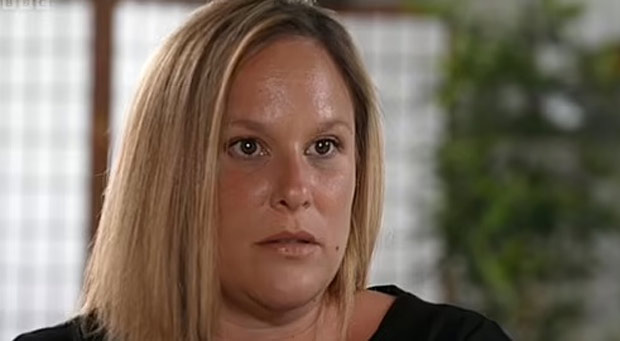 A mother in the UK killed a pedophile for sexually abusing her three sons after he changed his identity to hide his sickening history of abuse.

In 2014, the mother, Sarah Sands, went to the home of Michael Pleasted, 77, in East London and stabbed him eight times.

Pleasted had abused Sands’ three children and other young boys on the estate while already being convicted for a string of child abuse offenses.

Sands was convicted of manslaughter rather than murder because she was considered to have lost control during the attack.

She was jailed for seven and a half years.

Pleasted, who at the time was considered a friendly and helpful neighbor, changed his name from Robin Moult to hide his dark past being a pedophile of abusing children.

It was not publicly known that her sons had been victims of pedophile Pleasted when she was jailed due to their right to anonymity.

Sands is now campaigning for strict rules on sex offenders being allowed to change their names.

Last year, eldest son Bradley, 12 at the time, waived his right to anonymity to expose the pedophile’s crimes.

In a new interview with the BBC, twin brothers Alfie and Reece, then 11, have also gone public with their story alongside Bradley.

The brothers said they could see their abuser’s home from theirs and feared seeing him when they went outside.

Their mother said she feels remorseful about what she did, but her sons said they understood her actions.

Bradley said: “I thought hats off… I’m not going to deny it.”

Alfie added: “It did make us feel safer, it didn’t slow down the nightmares. But it did give us a sense of security because you didn’t have to walk down the street thinking he was going to come around the corner.”

While Reece said it was “nice knowing that he was dead,” but “It didn’t stop any afterthoughts, you know, we would often wake up crying [saying] “where’s mum?”‘

Ms. Sands described how she had befriended Pleasted while unaware he was grooming her children.