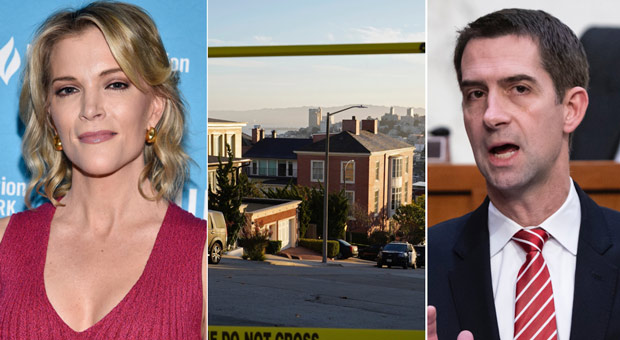 Megyn Kelly and Sen. Tom Cotton (R-AR) said it was “obvious and disgusting” that Democrats are comparing the attack on Paul Pelosi to Jan 6 in the media.

Paul Pelosi, the husband of Speaker of the House Nancy Pelosi, was attacked inside his home last week.

Since then, many Democratic Party officials suggested it resembled Jan 6 when rioters shouted, “Where is Nancy?”

“The cynicism of trying to exploit this attack into a Jan 6 redo is obvious and disgusting,” Kelly said.

Her guest, the Arkansas senator, noted it was not surprising given the Democrats’ lack of campaign talking points as the midterms loom.

“It’s because the Democrats don’t have any other issue on which they campaign,” Cotton said.

Cotton added that the Democratic Party are about to pay the “electoral consequences” of their policies.

On Monday, director and actor Rob Reiner blamed former President Donald Trump for the recent attack on House Speaker Nancy Pelosi’s husband, Paul Pelosi, claiming the incident was because Trump challenged the legitimacy of the 2020 election.

Reiner accused Trump of “spreading The Big Lie for 2 years” in another one of his unhinged tweets.

“The violent assault on Paul Pelosi and the attempt to murder Speaker Pelosi is directly related to that Lie,” the actor wrote.

Rob Reiner claimed, “Donald Trump is 100% responsible for this and Jan.6” and “must be indicted and never be allowed to hold office.”