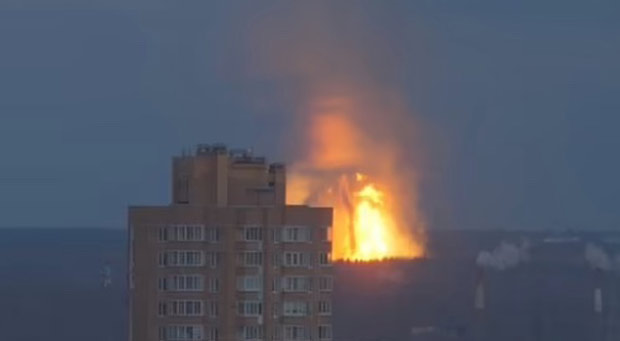 A huge explosion has hit Russia’s major Gazprom gas pipeline sending a fireball into the air which could be seen for miles in every direction.

One source said: “Everything is automatic there, and such explosions by themselves, without external influence, are impossible.”

Ambulances and emergency vehicles were rushing to the scene this afternoon. Eyewitnesses reported intensive care vehicles also drove to the site of the explosion.

It’s understood investigators and forensic specialists were also at the explosion’s site as they rushed to determine the cause.

However, the major blast did not hit close to residential areas, and there are no initial reports of casualties coming out of Russia.

During a speech before hundreds of dignitaries in the St George’s Hall of the Kremlin, Putin said the U.S. set a ‘precedent’ by using nuclear weapons against Japan at the end of World War II.

The Russian leader added, “those who profit from it have done it.”

Earlier his month, Russia’s defence ministry accused Royal Navy personnel blew up the pipelines, a claim London said was nothing more than propaganda.

Meanwhile, the blast in Russia disrupted the Severnaya Thermal Power Plant, which heats hundreds of thousands of homes at a time when temperatures are around minus 5C.

“Firefighters and rescuers are extinguishing a fire caused by an explosion on a gas pipeline between Berngardovka and Kovalev,” Leningrad region governor Alexander Drozdenko, a Vladimir Putin ally, said.