Martha’s Vineyard Homeless Coordinator Hugs Migrants for Camera, Then Boots Them Out 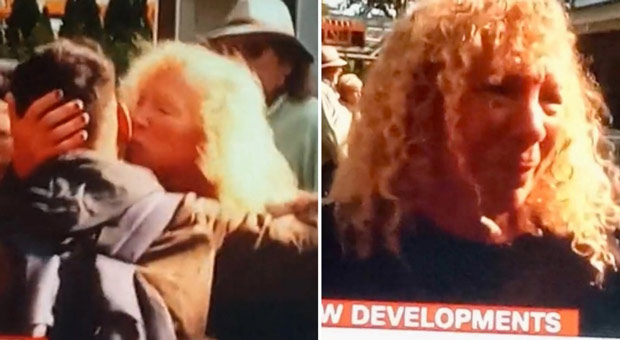 Martha’s Vineyard Homeless Shelter Coordinator, Lisa Belcastro, had a public meltdown earlier this week after 50 migrants landed on her island.

But before kicking the illegal migrants out, Belcastro cried apparent ‘crocodile tears’ as she embraced them for the cameras.

“My heart breaks for them… They’re in my heart forever,” Lisa said.

On Thursday, DeSantis addressed the media after he sent two planeloads of immigrants to Martha’s Vineyard.

DeSantis blasted the ‘tolerant’ left, saying “their virtue signaling is a fraud.”

“Biden would fly people in the middle of the night, dumped them all across this country. There was no warning on any of this.”

“The minute even a small fraction of what those border towns deal with every day is brought to their front door, [Democrats] all of a sudden go berserk, and they’re so upset this is happening. It just shows you their virtue signaling is a fraud,” he added.

This is what Belcastro said about the 50 illegals during an interview with the Cape Cod Times.

“The difficult challenges are — we have to, at some point in time they [illegals] have to move from here to somewhere else – we cannot, we don’t have the services to take care of 50 immigrants, and we certainly don’t have housing,” she said.

“We’re in a housing crisis as we are on this island! We can’t house everyone here that lives here and works here!”

Belcastro told the Cape Cod Times about a conversation she had with one of the illegals who wanted a job before attacking Republicans.

True Colors Shining Through….the world sees their better than thou BS! The NATIONAL GUARD to remove 50 people while the southern border gets that many in 3 minutes every three minutes!