Marjorie Taylor Greene: ‘Someone Wanted to Get Me Killed’ 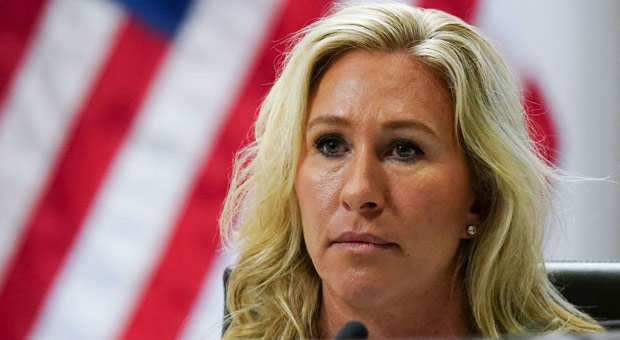 Rep. Marjorie Taylor Greene’s decision not to take her gun when she answered the door to five police officers with their weapons ready, probably saved her life.

Police informed the congresswoman that they were responding to a report of a fatal shooting at her house — a man shot five times in a bathtub while children were still in residence.

“I think you got swatted,” the police told Greene after they realized what was happening.

Swatting is a tactic used by pranksters to send tactical police to the victim’s home, which has led to severe consequences on perpetrators and victims.

“So what that is is someone wanted to get me killed,” Greene said on “Capitol Report,” a program on The Epoch Times’ sister outlet NTD.

“They wanted to send the police to my house, into a situation where they thought there was murder happening, in hopes the police would kill me or someone else in my home,” she said.

The first call was from what the caller claimed was a Virginia crisis line, but after police responded to the call, the suspect called back using a computer-generated voice, saying they connected to a website called “kiwifarm.net,” a site supporting cyberstalking.

Just weeks earlier, Greene had proposed legislation called the “Protect Children’s Innocence Act,” making it a class C felony for anyone to perform medical treatment on a minor to alter their biological sex.

“We need to protect kids and allow them to grow up before they make these life-altering decisions that can never be undone,” Greene said about the bill.

The second swatting call came the next day before 3 a.m. and was made through an internet chat.

A person claiming to be Wayne Greene said they “came out as transgender,” had shot their family members, and threatened to turn the gun on themself, according to a. Aug. 25 police report.

“If anyone tries to stop me from shooting myself, I will shoot them,” said the caller, who warned that “they would be waiting for us,” the report stated.

Greene was alerted by two officers about the situation at her front door.

Because the caller was using a VPN, the police couldn’t determine the caller’s location.

Greene praised the local law enforcement’s handling of the incidents.

“They are on the ball, and they definitely know what’s happening now,” she said, adding that she has deep trust in the local officers and feels “very safe” with them.