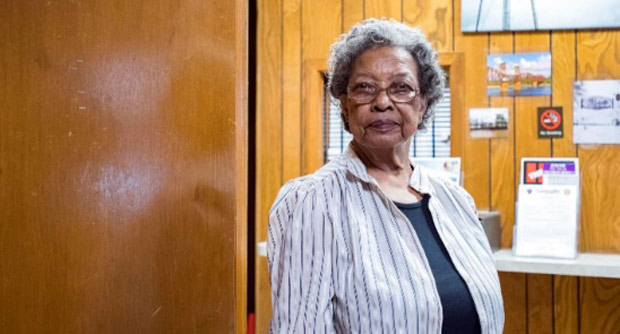 Velma Hendrix, the Mayor of Melville, Louisiana who was running for reelection was killed in a car crash just hours before the polls closed on election day.

Hendrix, 84, was a passenger in a car hit by a pickup truck on a highway, police confirmed.

Hendrix was the only individual to die in the accident.

The Mayor was rushed to a local hospital and “ultimately succumbed to her injuries,” Louisiana State Police announced.

The pickup truck driver who survived the crash was subjected to sobriety tests which showed he had “no alcohol in his system and had no signs of impairment.”

The driver was cited for failure to yield from a stop sign and driving without a seatbelt.

“The preliminary investigation revealed a 2015 Ram 2500 pickup, driven by Michael Cook of Columbia, LA., was traveling south of LA 741. At the same time, a 2008 Acura RDX was traveling west on US 190. As the Acura approached the intersection, Cook failed to yield as he attempted to cross over both westbound lanes of US 190. The front of the Ram struck the passenger side of the Acura in the westbound lane of travel.”

Melville’s clerk announced a qualifying period would be reopened through Monday due to Hendrix’s “untimely passing.”

If nobody other than the current candidates qualify before that time, the candidate who got the highest number of votes on Election Day will be named the town’s next Mayor. If someone else puts their hat in the ring, however, a new election will be held on Dec. 10.

If no other candidates qualify, Tuesday’s election results indicate that Sheila “Sam” Londerno will be the town’s next Mayor.

According to state results, she got 52% of the votes, compared with Caretta Robertson, who got 48%. Like Hendrix, both candidates are Democrats. Election results on the state website do not indicate how many votes were cast in Hendrix’s favor, and it is unclear if she would have won.

Hendrix had been the Mayor of Melville, a small town with roughly 1,000 residents, since 2018.