Longtime Trump Pollster: Trump ‘Will Come Back, and He Will Be Elected’ 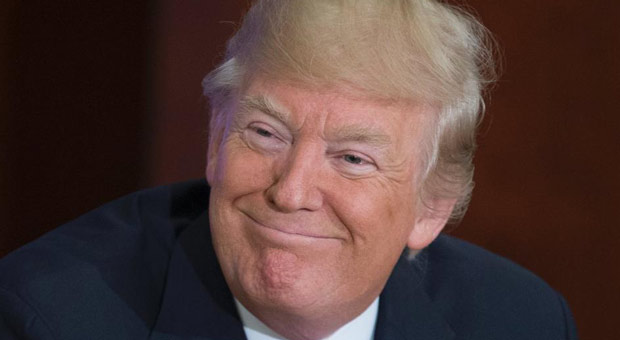 Longtime Trump pollster, John McLaughlin, said the former president can win the 2024 election if he sticks to his message of economic revival.

During an interview on John Solomon Reports podcast – via JustThe News – McLaughlin said Trump should follow the same plan Ronald Reagan used to win the 1980 election after he lost the 1976 primaries – focusing on an optimistic vision for America.

“There’s only one person that can beat Donald Trump, and that’s Donald Trump,” the longtime GOP pollster and strategist said.

“But if Donald Trump keeps playing it smartly and correctly, as he’s done over the past two years, like Ronald Reagan, he will come back, and he will be elected.”

McLaughlin added that President Joe Biden’s abysmal poll numbers have now made him a liability within his own party, which could see him tap out of the next presidential race.

“Joe Biden’s numbers are probably the worst since Lyndon Johnson’s were during Vietnam,” said the pollster.

“[Johnson] had to retire because he couldn’t run for reelection. So it’s not even Election Day, and [Biden] is done. He’ll be gone, he added.

RELATED: Jen Psaki Admits Democrats Are ‘Fearful’ of Republican ‘Momentum’ Ahead of Midterms

McLaughlin also said that the lack of a credible alternative to Biden is causing problems for the Democrats.

“Kamala Harris, you know, she doesn’t inspire anybody,” he said. “And she looks like impeachment insurance, where as long as she’s there, they probably don’t want to get rid of Joe Biden. But he probably announces that he’s not going to run.”

“And in contrast, you’ve got Donald Trump where two-thirds of the Republican primary voters nationally say that they want him to run again in ’24. If he runs again, 81% say they’ll support him, only 15% say they’ll oppose. And in an in a crowded field of a dozen candidates, he leads by 30 points over [Florida Gov. Ron] DeSantis, who’s the next closest, with 53-23, Mike Pence gets 7.

“So President Trump is definitely the Republican frontrunner. It’s his nomination. And I think, correctly, what he’s doing right now is he’s out there rallying, trying to get voters out for the Republicans” in the Nov. 8 midterms,” McLaughlin added.

McLaughlin said all the signs clearly show a Republican surge in the elections, driven by the Biden administration’s economic failure and crime wave.

“Three months ago, the Republicans were tied 45-45 in the generic vote,” he said. “Then, in September, it was 48-44. Republicans went ahead. Now it’s 49-43. We have not seen numbers like this since 1994,” when a red wave carried Republicans to control of the House for the first time in 40 years.

Theres a sign post up ahead, The Woke Commie Dems are headed for the ash heap of history.