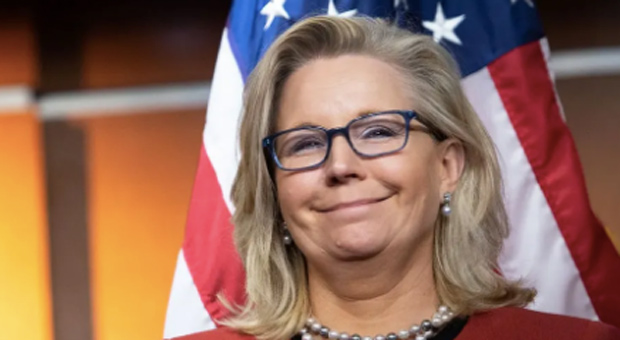 Rep. Liz Cheney (R-WY) will exit her congressional seat on Tuesday millions of dollars richer than when she began serving six years ago.

Cheney, who suffered a blistering defeat in her Republican primary last year, will depart Congress on January 3.

But like most RINO Republicans, Cheney’s pockets won’t be empty.

The Anti-Trump Republican has become very wealthy, with her net worth exploding from $7 million to $44 million. Cheney’s net worth could have skyrocketed up to 600 percent during her time in Congress.

Although she reported no earned income, gifts, or transactions, she declared three posts, including a trustee position at the University of Wyoming, membership in a holding company, and a position in her family’s trust.

Cheney’s wealth is also enhanced by her husband, Philip Perry, who is a partner at Latham & Watkins law firm in Washington, DC, which advises Chinese companies. Cheney has maintained “equity ownership” in the firm worth between $1,000,001 and $5,000,000 since 2017.

Perry’s firm has advised a Chinese Communist Party-linked technology company named TME and Exelon Corporation. The State Department in 2019 dubbed TME a tool of the Chinese government. According to the Wall Street Journal, in 2011, Exelon Corporation agreed to provide consulting and training services to an arm of the state-owned China National Nuclear Corporation (CNNC). The state-owned CNNC’s president and vice president are appointed by the highest administrative position in the Government of China, the Premier of the People’s Republic of China. The CNNC supervises all facets of China’s nuclear programs.

While Perry’s law firm has serviced Chinese clients, Cheney sat on the Armed Services Committee with many powerful subcommittees dedicated to national security. Cheney worked with House Republicans on producing a 2020 report on Communist China entitled the “China Task Force Report.” The report states, “[T]he greatest generational challenge we face today is the threat of the Chinese Communist Party (CCP).”

Cheney sealed her political fate by participating in the January 6 committee, a partisan witch hunt against former President Donald Trump. The committee’s final report did not produce any legally binding results, with the committee officially withdrawing the subpoena for Trump to testify before Congress.

In August last year, Cheney unveiled a new political action committee to stop members of Congress who back Donald Trump from reaching office.

“I’m going to be very focused on working to ensure that we do everything we can not to elect election deniers,” Cheney said on ABC on Sunday morning.

“We’ve got election deniers that have been nominated for really important positions all across the country,” she added.

IOW, She needs Trump gone, so he won’t reveal her income sources.

Can someone explain to me how she increased her wealth 4-fold without any new reported forms of income?

Political influence? Daddy’s arms dealing? We can be fairly sure it was not due to being amiable. Makes me think of Snidely Whiplash.