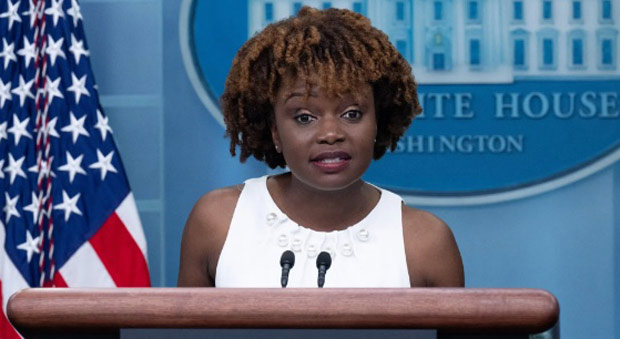 According to a recent fact check, White House Press Secretary Karine Jean-Pierre’s claim that President Joe Biden “has been to the border” was false.

In Joe Biden’s 50 years in politics, he has never visited the southern U.S. border – he has only once driven by it in El Paso.

Jean-Pierre was asked whether President Biden would accept the invitation of Rep. Kevin McCarthy (R-CA) to visit the southern U.S. border.

Karine Jean-Pierre laughed at the question.

When Doocy asked her when Biden had visited the border, Karine Jean-Pierre did not answer.

Former Press Secretary Jen Psaki responded to a similar question in 2021, saying she did not know whether Biden had ever visited the border.

A month later, she said: “There’s been reporting that he did drive through the border when he was on the campaign trail in 2020”.

Psaki appeared to cite a Washington Post article that fact-checked Biden’s claim to have visited the border, finding “Biden briefly drove past the border while on a campaign swing in El Paso, Texas.”

On Oct. 17, he held a rally in Mesilla, N.M. The press officer on the trip, David E. Wade, told The Fact Checker that the plane landed at the El Paso airport and then the motorcade took the nearly one-hour drive to the suburb of Las Cruces. The drive took Biden along a route that for a few minutes hugs the border of the United States and Mexico.

“For most of us, it was unfamiliar territory,” Wade said, who recalled that some reporters joked about crossing the border during the event.

Vice President Kamala Harris, who was tapped to address the “root causes” of the ongoing migrant crisis at the border, did visit the border in 2021 after increasing pressure to do so.

Also, Harris’s visit came amid fears of being pre-empted by former President Donald Trump, who had already announced a visit.