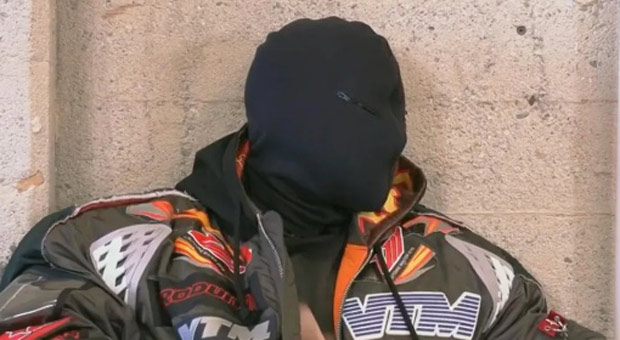 Troubled rapper Kanye West continued his antisemitic media tour with an appearance on Gavin McInnes’ Censored.TV, where he claimed Hitler’s bad reputation was “made by Jewish people” who “control the majority of the media.”

“Let it go. Let it go. And stop trying to force it on other people,” he said.

West doubled down on his antisemitic beliefs, denying that millions of Jews were killed in the Holocaust.

Earlier this week, West spoke to McInnes while wearing what appeared to be a Balenciaga hood that covered his entire head while obscuring his face.

McInnes appeared to steer West away from his admiration of Hitler, saying he had a “pretty bad reputation.”

“Well, who made that reputation?” West replied. “That was made by Jewish people.”

McInnes stated that millions of Jews were killed in the Holocaust, which did not convince the rapper.

“But some of it’s incorrect. Also, the Holocaust is not the only Holocaust,” he said. “We have abortion right now. That’s eugenics. That’s genocide. That’s a Holocaust that we’re dealing with right now,” West said.

“You can’t force your pain on everyone else,” he said. “Jewish people — forgive Hitler today. Let it go. Let it go. And stop trying to force it on other people.”

The news comes days after West appeared on Alex Jones’s InfoWars show, where he sparked an internet meltdown by professing his love for Hitler.

“Every human being has something of value that they brought to the table, especially Hitler,” Ye said. “Also, Hitler was born Christian.”

Well, yeah, that plus about 30 million dead.

Tragic case of a creative savant getting his wires crossed, I would guess from inadequate education to begin with and then potentiated by maybe drugs, the narcotic of fame, etc. and getting massively confused from NOI types. If somebody with clarity had gotten his ear–could be as simple as The New American website–he could have made a dramatically positive intervention.

For those who don’t know of him the historical scholar Antony Sutton explained the real history of the first half of the 20th century, mainly the part where “Western Capitalist” investment bankers BUILT UP BOTH Hitler and Stalin. They caused WW2.

Hopefully he will get the same outcome of Hitler for touching the Jews the apple of God’s eye.

Your comment is so very far from the truth.