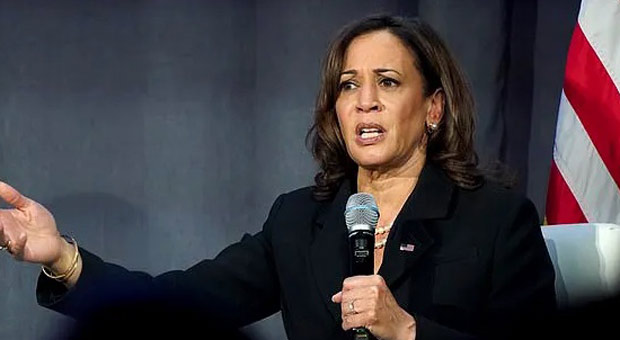 Vice President Kamala Harris suggested resources and disaster relief in response to Hurricane Ian should be based on race.

The storm hit Cape Coral, Fort Myers, and Punta Gorda earlier his week, with wind reaching up to 155 miles per hour.

Florida Governor DeSantis said the flood was the worst in 500 years.

Meanwhile, Harris decided it would be better to make the disaster all about race, ignoring her actual leadership role, which should have been about reassuring all victims of Hurricane Ian.

“It is our lowest income communities and our communities of color that are most impacted by these extreme conditions and impacted by issues not of their own making,” Harris said, referring to ‘extreme weather events.

“FALSE. Under Governor Ron DeSantis, Floridians who need help are getting it,” they said.

“FEMA Individual Assistance is available to those impacted by Hurricane Ian regardless of race or background.”

Harris already hit the headlines this week when she falsely touted the ‘strong alliance’ that the US has with the ‘Republic of North Korea.’

DeSantis later issued a stern warning to those trying to take advantage of the victims of Hurricane Ian.

DeSantis said that while visiting nearby Punta Gorda, he saw a boarded-up business with a sign that read, “You loot, we shoot.”

“So do not think that you’re going to take advantage of people who’ve suffered misery.”

“Don’t even think about looting,” he said during another press conference later in the day.