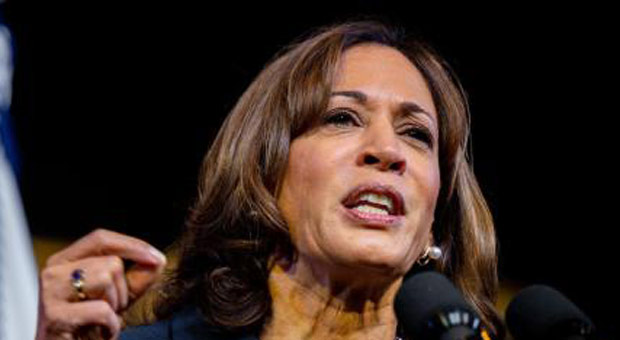 Vice President Kamala Harris compared the attacks perpetrated by extremists on September 11 to the threat of Trump supporters.

During her visit to New York in a pre-recorded interview with NBC’s Meet the Press host Chuck Todd, Harris claimed “domestic threats” should be treated the same as foreign terrorists.

The VP suggested “attacks from within” were “very harmful” to America’s status as a ‘role model’ of democracy.”

Harris parroted Democrats’ sentiments that Donald Trump supporters are threats to democracy because of d what happened during the January 6 riot.

“When I was on the Senate Intelligence Committee, that was actually my favorite committee when I was in the Senate,” Harris told Todd.

“The reason is, when we’d walk through the doors – each of us, Republicans, Democrats, Independents – when we walked through the door of the SCIF, that secure room, press could not come in,’ she explained. ‘No cameras, no public, just us,” Harris said.

“People would take off their jackets, they’d roll up their sleeves, and they were Americans first, focused on the threats to our national security – in common, on common grounds, with a common purpose, which is to defend our nation against attack,” she said.

“When I think about what we have been seeing in terms of the attacks from within,” Harris added, “I wish that we would approach it the same way – as Americans, instead of through some partisan lens.”

Earlier this year, Harris faced criticism for comparing the January 6 Capitol riot to September 11 and the 1941 bombing of Pearl Harbor.

“Certain dates echo throughout history, including dates that instantly remind all who have lived through them where they were and what they were doing when our democracy came under assault,” Harris said in the Capitol’s Statuary Hall on the insurrection’s one-year anniversary.

The cackling Veep should have remained in California and continued to keep company with Willie Brown.

Willie Brown was done with her.