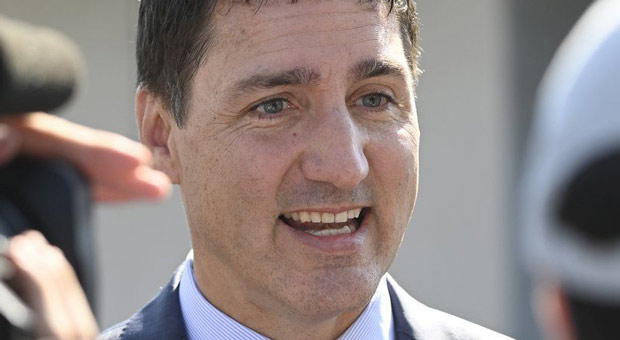 Canadian Prime Minister Justin Trudeau was mocked after celebrating Emancipation Day and acknowledging the “painful history of slavery in Canada.”

But while Trudeau celebrated “the strength of Black communities,” his past returned to haunt him again as social media users began posting photos of the PM wearing blackface and brownface.

Conservative party leader Andrew Scheer reacted to the photo in 2019:

“I was extremely shocked and disappointed when I learned of Justin Trudeau’s actions,” he said.

“What Canadians saw this evening was someone with a complete lack of judgment and someone who is not fit to govern this country,” the National Post reported.

“Gaslighting racist! You dress in blackface. You grope women. You fire indigenous women. You implement racist vaccine policies. YOU ARE THE RACIST,” one user tweeted.

“You have made Canada a not inclusive place for unvaccinated people. I haven’t been back to Canada for 2.5 years because of your racist and biggoted policies. And I don’t need lectures from someone that does blackface on these issues,” another added.

According to reports, Justin Trudeau’s office had tried to force her to help a construction company avoid a corruption trial.

In her book, “‘Indian’ in the Cabinet: Speaking Truth to Power,” Wilson-Raybould wrote of a meeting with Trudeau three days after the story was published in The Globe and Mail broke.

As soon as the story broke, the Prime Minister said that “the allegations in The Globe story this morning are false. Neither the current nor the previous attorney-general was ever directed by me or by anyone in my office to take a decision in this matter.”

She recalled the second meeting:

“I could see the agitation visibly building in the Prime Minister,” she continued.

“His mood was shifting. I remember seeing it. I remember feeling it. I had seen and felt this before on a few occasions when he would get frustrated and angry.”

“But this was different. He became strident and disputed everything I had said. He made it clear that everyone in his office was telling the truth and that I, and by extension Jessica Prince, my chief of staff, and others, were not. He told me I had not experienced what I said I did. He used the line that would later become public, that I had ‘experienced things differently.'”

READ MORE:  Almost Half of Americans Believe Humanity Is Living in End Times

“I knew what he was really asking,” she wrote.

“What he was saying. In that moment, I knew he wanted me to lie – to attest that what had occurred had not occurred.”

Wilson-Raybould said her resignation “would lead to him tossing me out of the Liberal caucus and then removing me as the confirmed Liberal candidate for Vancouver Granville in the 2019 general election.”

Aside from being a terrorist, as if that weren’t enough, Trudeau is a longtime known blackface-mocking racist and anti-miscegenation, which means he’s wholly against interracial marriage and race-blended children especially black-white. In league with other trace-haters and ethnic cleansers a**l Schwab, George Soros, Zelensky, the piddling Joe Biden and others.