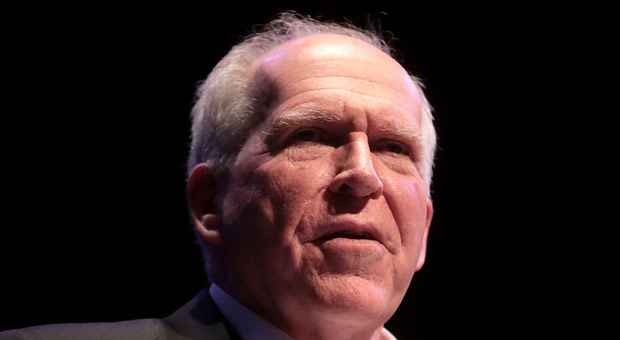 On Sunday, Musk revealed his pronouns are “Prosecute/Fauci,” to which Brennan jumped to Fauci’s defense, calling him “a national hero.”

” Dr. Fauci is a national hero who will be remembered for generations to come for his innate goodness & many contributions to public health,” Brennan tweeted.

The former CIA director then attacked Musk, adding, “Despite your business success, you will be remembered most for fueling hate & public divisions. You may have money, but you have no class.”

But Brennan appeared unaware he had just kicked an enormous hornet’s nest.

Critics blasted Brennan, arguing he was wrong about Fauci and that his own lack of candor with the American people nullified his opinion.

“Dr. Fauci killed countless Americans, destroyed countless businesses, destroyed the education and daily lives of countless children, and lied repeatedly to accomplish all of that. No wonder an America-hating communist piece of garbage like @JohnBrennan thinks he’s a hero,” actor Nick Searcy tweeted.

Fox News Host Steve Hilton responded by saying Fauci would be remembered for anything other than connections to dubious research.

“No, Fauci will be remembered for his demented obsession with Gain of Function research which drove him to evade Obama & Trump administration rules to commission the reckless experiments in Wuhan that are the most likely origin of the pandemic that killed millions of people,” he said.

Brennan then doubled down on his initial comments several hours later.

“Good people in democracies need a more effective way to prevent attention-craving, emotionally immature, & highly devious individuals, esp those of means, from being socially, culturally, & politically destructive,” he said. “We certainly seem to have far too many of them lately.”

Rep. Ritchie Torres, D-N.Y., lashed out at Musk over the same tweet, claiming, “Elon Musk wants to criminalize Anthony Fauci because he disagrees with him. Elon is no champion of free speech.”

Canadian legal blogger Viva Frei (@thevivafrei) pushed back, saying, “Pretty sure @elonmusk wants to ‘criminalize’ Fauci because Fauci lied under oath, engaged in gain of function research in a Chinese lab, jeopardized the entire planet, and arguably contributed to the deaths of hundreds of thousands of people.”