Joe Biden in 2020: I Will ‘Pull This Country Out of a Recession’ 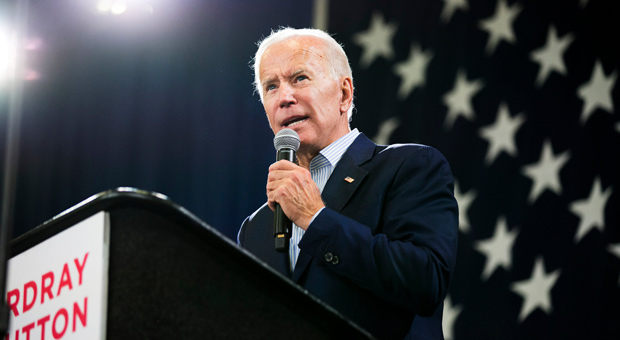 Candidate Joe Biden in 2020 promised he would get the United States out of the recession following the economic shutdowns in the wake of COVID-19.

This is what Biden wrote on social media in October 2020:

“I helped pull this country out of a recession before — and, as president, I’ll do it again.”

Biden has done the opposite of what he promised in 2020; not only that, the White House is now scrambling to redefine what a ‘recession’ actually means.

In the chaos of record-high inflation resulting from spending trillions of dollars, Biden has struggled to explain why economic growth has slowed.

Joe Biden and the blame game

Biden, true to form, blamed anyone but himself, saying the Federal Reserve’s monetary policy was the reason for the economy’s slowing.

“[I]t’s no surprise that the economy is slowing down as the Federal Reserve acts to bring down inflation,” Biden said.

On Thursday, Biden dismissed fears that the US is in a recession, arguing there are “signs of economic progress,” including in the labor market and consumer spending.

The President said slower growth was expected compared to last year amid the nation’s economic recovery from the Covid-19 pandemic and said it was “consistent with the transition to a stable, steady growth and lower inflation.”

“There are going to be a lot of chatter today on Wall Street and among pundits about whether we are in a recession,” Joe Biden said.

“But if you look at our job market, consumer spending, business investment, we see signs of economic progress in the second quarter as well.”

The White House has been attempting to downplay the significance of Thursday’s GDP report, arguing the data does not reflect the latest progress, including the recent drop in gas prices across the nation.

Top Biden administration officials insist the economy is not in recession amid rampant inflation.

Biden said the nation was “on the right path” despite recession fears.

“Coming off of last year’s historic economic growth — and regaining all the private sector jobs lost during the pandemic crisis — it’s no surprise that the economy is slowing down as the Federal Reserve acts to bring down inflation,” Biden said in a statement released Thursday.