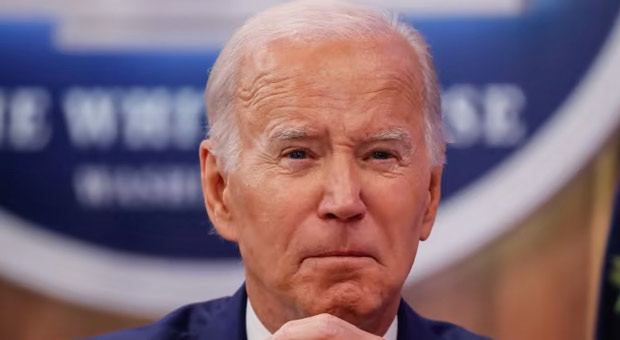 President Joe Biden claims he is confident he can beat former President Donald Trump in a hypothetical 2024 rematch.

During a CNN interview on Tuesday, Biden said he was waiting until after the midterm elections to decide whether to seek reelection.

“I believe I can beat Donald Trump again,” said Biden when asked whether his decision would be based on him thinking he’s the only candidate who can beat Trump.

Joe Biden is yet to announce his reelection campaign.

Trump is also yet to officially announce his plans to run

As The New York Post reported, Biden denied the economy is in the midst of a recession — despite it meeting the standard definition of two consecutive quarters of contraction — but acknowledged in an interview on CNN that a downturn could happen.

“I don’t think there will be a recession. If it is, it’ll be a very slight recession. That is, we’ll move down slightly,” Biden said.

Tapper followed up, “You just said that a slight recession is possible.”

“It is possible. Look, it’s possible. I don’t anticipate it,” Biden said.

Despite economic uncertainty, Biden, who turns 80 next month, told Tapper he’s still considering running for president — something he’s consistently told allies he plans to do.

Biden said that after the Nov. 8 midterm elections, “I’m going to be in the process of deciding.”

Fears of a recession have grown as the Federal Reserve aggressively hikes interest rates to tame the worst inflation since 1981. Annual inflation hit 9.1% in June and 8.3% in August despite lower gasoline prices — and gas prices are again rising as OPEC+ slashes production.