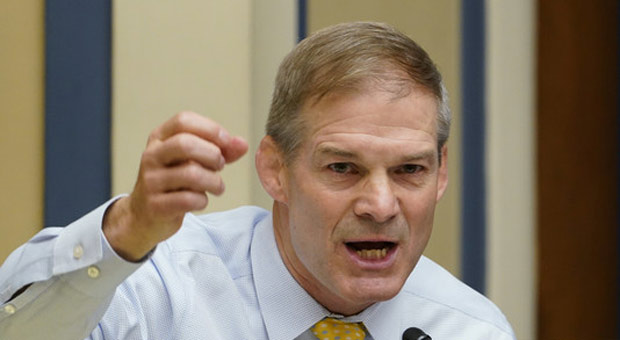 Jordan said 14 FBI whistleblowers have already provided him information about various issues, including reports that the bureau is taking counterterrorism measures against parents speaking out against radical left-wing policies at school board meetings.

Jordan told Breitbart that the whistleblowers have spoken about “all kinds of issues, but the overall theme here is the political nature.”

“Fourteen whistleblowers have come to us, and, frankly, we anticipate more,” Jordan said.

But Jordan said the whistleblowers came forward over the span of months and related to different issues.

“It started when we realized what the Justice Department was doing relative to parents and the whole school boards issue,” Jordan told Breitbart, adding that his office has to vet the whistleblower allegation—usually with other FBI whistleblowers.

“This is truly not something I’ve ever seen, where you have this many people, all FBI agents, all coming to us as whistleblowers,” he said.

“I think the reason they come to us is they know they can trust us and we will work with them,” Jordan added.

“But when they come to us in the minority, all we can really do is begin to tell their story. We can’t subpoena. We can’t do the things that you can typically obviously do in the majority, but yet they’re still willing to come forward, which I think underscores how political that place has become.”

Earlier this year, Jordan announced that six FBI whistleblowers approached the committee. Two came forward about a memo about alleged violence and intimidation at school board meetings.

“Some of these good agents are coming to us, telling us … what’s going on—the political nature now of the Justice Department … talking about the school board issue, about a whole host of issues,” he claimed of the whistleblowers.

A search warrant was released on Aug. 12 after the raid on Aug. 8, which showed rump allegedly had 11 sets of classified documents at his residence.

The Justice Department said it had probable cause to conduct the search based on possible Espionage Act and obstruction of justice violations.

A U.S. magistrate judge in the case set a hearing to potentially unseal the Justice Department’s affidavit in the case.

The USA and subsequently the free world are teetering on the brink of collapse because of the “let George do it” culture. George just happens to be working with the bad guys, crowding us all toward re-invented communism.

Our clever “betters” have succeeded in isolating patriots and other objectors by criminalizing opposition to their almost solidified takeover. If there is to be “more”, it must be massive and spontaneous (organizers will be silenced) on a level that overwhelms the minions who go along although not dedicated to “The Revolution” as Marxists habitually term their takeovers.