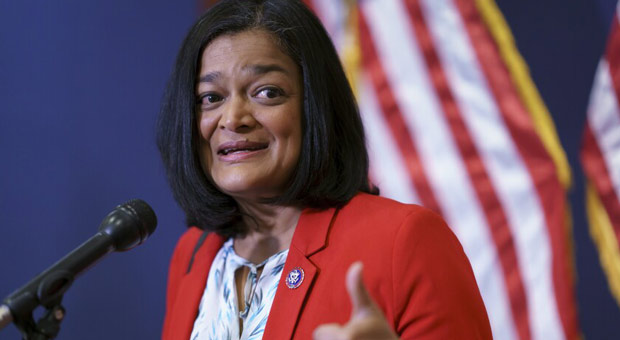 Progressive Rep. Pramila Jayapal tweeted and then deleted a post that included the 19 terrorists in the official death toll for the Sept 11 attacks.

The progressive Rep. removed the post not long after tweeting it.

However, an identical one from a year ago remained online.

“Today we remember the 2,996 people who were killed on 9/11 and all those who lost their lives while serving our country in the forever wars that followed,” the tweet said with a picture of the twin towers and the phrase, “Never Forget.”

The post caused an uproar from conservatives, who argued it must be intentional.

KTTH radio host Jason Rantz noted that it was not her first tweet including the terrorist death toll.

“Never forget that Pramila Jayapal included terrorists in the 9/11 death toll. She did in 2021 and again in 2022,” Rantz wrote.

Some argue the tweet may have resulted from a Google search of “How many people died on 9/11?” which produces 2,996, including the terrorists.

But to make the same mistake twice?

“Today we must remember the communities right here at home that suffered so much — not only through the terrorist attacks that affected every American’s psyche, but also the hate, discrimination, and erosion of civil liberties they had to endure,” she wrote.