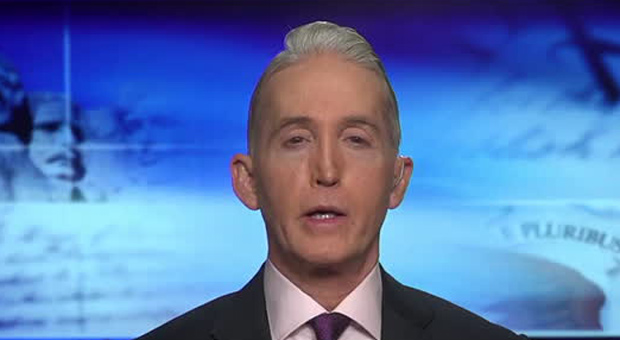 Trey Gowdy warned the Republicans holding out on voting for Kevin McCarthy as the Speaker of the House that those who are voting for McCarthy will not change their minds.

“Look, I got bad news for Kevin’s opponents,” Gowdy said.

“He’s got a lot more than 20 friends. So, there are more than 20 people that are going to say, you know what?”

” We are not ever voting for anyone else. Bret, you got a guy who’s got 200 votes and the next leading vote getter for very good reasons doesn’t want to be the Speaker of the House,” Gowdy added.

“And, yet, this kamikaze wing within the Republican Party knows better than 85 percent of the rest of the conference,” Gowdy said.

“Jimmy doesn’t want the job for a very good reason. I don’t know what happens. I will say this. They didn’t want a secure border,” he continued.

“That is not what the negotiation was over, Bret. It was — there are a handful of people who want gavels and want things that they can’t get based on merit, and they can’t get it based on intelligence, but they want it given to them by the Speaker of the House and Kevin said no.”

Gingrich said those holding up the McCarthy vote had a “psychological problem.”

“They’re not voting against Kevin McCarthy, they’re voting against over 215 members of their own conference. Their conference voted overwhelmingly, 85%, for McCarthy to be Speaker. So this is a fight between a handful of people and the entire rest of the conference.”

Meanwhile, MTG accused the holdouts of trying to advance themselves personally, saying, “Unreal that people claiming to be America First are negotiating for ‘Me First’ positions when it comes to the Speaker’s gavel. The base deserves the truth. They would be as sickened as I am.”

Due to GOP only holding a very slim majority in Congress, McCarthy needs almost all of the GOP Congressional Caucus to vote for him.

But certain members of the House Freedom Caucus view McCarthy as an Establishment swamp creature rather than an America First figure.

Well then fvck you Gowdy, you vile fraud. Give the speakership to the Dmocrat maggot then. There isn’t a single difference anyway.

Sputnik is such a tool.

Every pundit or congress critter who comes out in favor of Marxist sympathizer McCarthy is a dirty no good traitor. If nothing else, we have no doubt of where their allegiance lies.

Hey Trey, Like Warren Said… tide is going out and you dont seem to have on a bathing suit.

I don’t understand why everybody wants a Paul Ryan clone. Looks bad for the people.

The Unified Party is gigantic, larger than I realized.

The satanic secret society freemasons control BOTH parties. It’s all a big show. They are nothing more than actors. demoncrats and RINO’s all working in concert to destroy the USA and instituting a one world government dictatorship.

So out of touch! Its those 85 percent that are the problem and turn a blind eye

Harvard Abruptly Shuts Down 'Disinformation' Research Project Led by Hunter Biden Laptop Skeptic
Harvard’s Kennedy School of Government has pulled the plug on its “Disinformation”...
No posts found
wpDiscuz
9
0
What are your thoughts? Click to commentx
()
x
| Reply