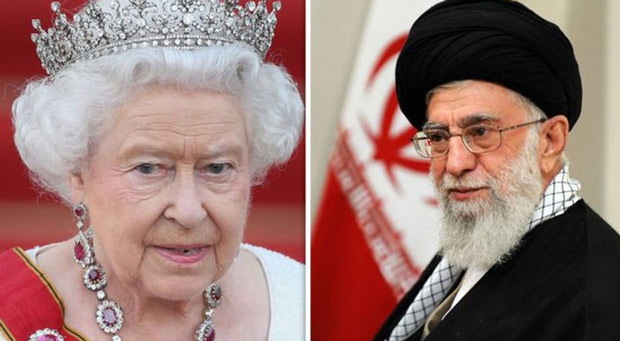 Iranian state television networks branded the late Queen Elizabeth II as a “war criminal” and compared her to Adolf Hitler just days after her passing.

Meanwhile, the vast majority of the world joined in mourning with the United Kingdom and its leaders.

Channel 1 host Pejman Karimi said the death of the Queen was “good news for the world’s oppressed people” and described her legacy as “full of crime, abomination, and filth.”

The channel’s guest, Iranian “scholar” Foad Izadi of Tehran University, called Elizabeth “one of the greatest criminals in the history of mankind.”

“Perhaps, in light of her 70 years on the throne, she should be included in the same list with Hitler. From a certain perspective, we should be sad that this person died because she died without standing trial, without being punished, and without paying for her crimes,” Izadi said, according to a translation by MEMRI.

On Sunday, Izadi made similar remarks in a broadcast on the Iranian government network PressTV.

“The queen is a famous imperialist, colonialist, war criminal, aggression of the British army throughout the world is done under her name,” Izadi ranted. “British armed forces are the queen’s armed forces.”

“So we have just a handful of people who have engaged in so many atrocities in the last century: Hitler, for example, some American presidents belong to that list, and Queen Elizabeth that oversaw the end of the British empire,” he concluded, claiming the Queen’s reign was “very brutal” because the empire was trying “not to lose the land.”

“The number of people that have been killed are in the millions, and the queen is responsible for that,” he asserted. “Justice was not delivered to one of the most vicious individuals of that last century.”

“Through their colonial reign, she and her forebears inflicted excruciating suffering on millions across the world,” PressTV proclaimed in a commentary published on Sunday.

PressTV claimed Queen Elizabeth presided over “seven decades of obnoxious crimes” against Iran, blaming her for Iran not having sovereignty over the nation of Bahrain and also the deadly crackdown on pro-democracy protesters that the Iranian Islamic regime unleashed on its people in 2009.

PressTV claimed that young protesters were demanding the end of the nearly 50-year-old Islamic regime because “the BBC unleashed a psychological blitz” under the orders of Queen Elizabeth.

“Many naïvely argue that the deceased Queen had merely a ceremonial role. However, given her immense symbolism as head of state, who else is to blame for British government crimes against Iranians than herself?” PressTV asked.

Fars News Agency claimed he Queen’s death had inspired the world to reject the British crown.

“Since her death on Thursday, American commentators, academics, and a former US diplomat, among others, took to social media and elsewhere to call for fully wrestling with the British monarchy’s lasting influence,” Fars claimed, citing several far-left American professors.

Fars claimed that citizens worldwide “saw the Queen’s passing as a bitter reminder of the British empire’s violent exploitation of countries throughout history.”

“In recent years, Queen Elizabeth II, the longest-serving monarch, and the royal family have been forced to confront its colonialist past under public pressure and accusations of racism within the family,” Fars claimed.