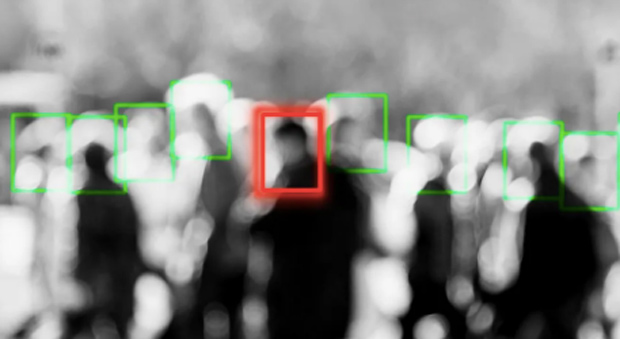 A Georgia man was arrested on a fugitive warrant after facial recognition technology mistakenly linked him to the theft of luxurious purses in a state he’d not been to.

Randall Reid, 28, was arrested in DeKalb County, Georgia after law enforcement officials followed their facial recognition technology matches, which ended up being wrong.

Reid, who is black, was released five days after the sheriff in Jefferson rescinded the warrant due to differences in his face.

According to the surveillance image, Reid’s lawyer, Tommy Calogero, said there was about a 40-pound difference between Reid and the purse thief.

The case has ignited new criticism of facial recognition technology, specifically dark skin, where the technology has proven to be even more inaccurate.

According to research, facial recognition technology is more likely to misidentify black people than white people but has overall low accuracy levels.

According to Gizmodo, Some law enforcement officials acknowledge facial recognition is only suitable to generate leads and should never be used as the sole basis for arrest warrants. But there are very few rules governing the technology. Cops often ignore that advice and take face recognition at face value.

As The Daily Mail notes:

Police can use facial recognition to identify suspects of violent crimes after all other tactics fail.

Authorities in New Orleans say facial recognition can be used only to generate leads, and officers must get approval from department officials before lodging a request through the Louisiana State Analytic and Fusion Exchange in Baton Rouge.

Under the latest city rules, all possible matches must undergo a peer review by other facial recognition investigators.

Legislation to restrict the use of facial recognition statewide died in a 2021 legislative session.

Unfortunately, he’d have to prove that the LEOs acted in bad faith.

It would require INTENT on the part of the police for that lawsuit to stand.
They will blame it on software and promise improvement and that will be the end of it.

The real problem, which is the whole concept of “facial recognition” technology, AI to analyze and make decisions, etc., is unfortunately going to be staying, becoming more entrenched in life and society, and pose SIGNIFICANT issues in failure of justice systems – which will be co-opted for suppression and revenge operations.

Did they at least APOLOGIZE to him?

Ever seen a slaver apologize to a slave?

Wow, as a resident of Louisiana, I’m embarrassed by this c**p.

This technology is a direct violation of civil, constitutional rights.
“Innocent until proven guilty in a court of law” has been turned upside down…
and you all are just watching stupid videos online and paying your overlords tributes like well-trained, docile, servile, stupid, castrated little serfs.

When a tech system such as facial recognition is not reliable, it shouldn’t be used on ANY color of people. Justice is SUPPOSED to be blind.

Justice not only hasn’t been blind, it hasn’t been apolitical or impartial, for a VERY long time.

PFFFT! Amateurs.
Look, here’s the deal: Your DNA is now digitally stored. Now, create a synthetic plasma/blood/semen/saliva, mixed with your copy. Victim A, injects herself with synthetic sample. VOILA! You raped her! Throw in an innocuous(but pre-planned) surveillance video that shows her and you in a public area around the same time. VOILA! You raped her.
It’s NOT “coming”…

Harvard Abruptly Shuts Down 'Disinformation' Research Project Led by Hunter Biden Laptop Skeptic
Harvard’s Kennedy School of Government has pulled the plug on its “Disinformation”...
No posts found
wpDiscuz
10
0
What are your thoughts? Click to commentx
()
x
| Reply