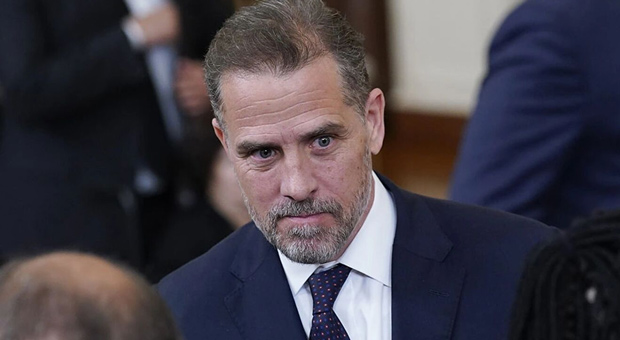 Rep. James Comer (R-KY), the top House Republican on the Oversight Committee, has issued a demand to the wealth advisor of the son of the President of the United States, Hunter Biden, to turn over “suspicious” bank records connected to shady business schemes of the Biden family.

While Joe Biden claims he had no part in the family business, there is now overwhelming evidence that Biden was not just involved but played a key role.

The evidence from Hunter Biden

There was also the voice recording of Joe Biden calling Hunter about a Chinese business deal.

“Committee on Oversight and Reform Republicans are investigating the domestic and international business dealings of the Biden family and what role President Biden played in enriching his family,” Comer’s letter read Prewitt.

“As Hunter Biden’s financial advisor, you are in a unique position to know how these transactions originated and why they were flagged by U.S. banks.”

READ MORE:  Rage Against The Machine’s Tim Commerford Reveals He Has Cancer

Wire transfers have been the tool of choice for money launderers. To mitigate the risks to the financial institutions, suspicious wire transfers over $10,000 are flagged for review. Wire transactions involving more than $10,000 are also to be reported to the Internal Revenue Service.

Those wire transfers could be the tip of the iceberg and be part of a more extensive payout system.

In 2019, Hunter revealed in texts the Biden family’s payout vehicle.

The detailed mechanism suggests a collection of 50 percent of familial salaries for 30 years.

“I hope you all can do what I did and pay for everything for this entire family for 30 years,” Hunter described in texts to his daughter.

“It’s really hard. But don’t worry, unlike Pop [Joe], I won’t make you give me half your salary.”

According to former Utah U.S. attorney Brett Tolman, the Biden family’s payment mechanism could unearth the core of an entrenched business enterprise, which could involve legal “predicates” for racketeering charges,

As CNN reported, Hunter Biden could be charged with tax violations and lying to law enforcement about illegally purchasing a firearm.