Homeless Man Stabs Father and Daughter to Death in California 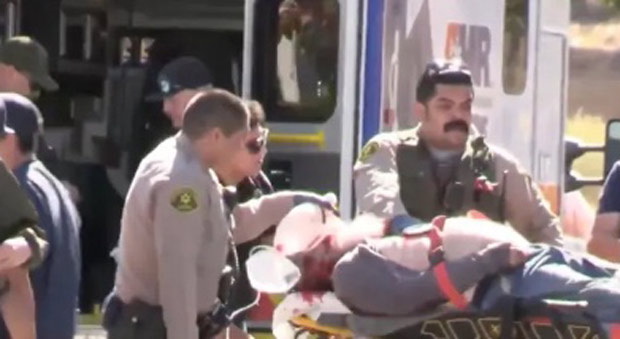 A father and his 22-year-old daughter were allegedly stabbed to death by a homeless man in California, according to reports.

Ken Evans and his daughter McKenna Evans were fixing their sedan outside Kohls just north of Los Angeles when the homeless man attacked them.

There was no prior warning or reason for the attack, the Los Angeles Times reported.

The man, found on the scene, was later arrested by the Los Angeles Police Department

The daughter died at the scene, and the father died later after being taken to a local hospital.

McKenna’s boyfriend, Jesse Mercado, said he rushed out of the Kohl’s shopping center “to see if she was safe. She wasn’t answering my calls.”

“But when I got there, everything was covered with police tape. I was more and more panicked. It’s shattering to know the person I love so much is not here,” he added.

The wife and mother of Ken and McKenna told KTLA her daughter was “an absolute beacon … She didn’t know a stranger. Everybody became her best friend.”

She said she believed the homeless man was on drugs when he killed her family and that her husband attempted to shield their daughter when they were repeatedly stabbed.

The news comes as Los Angeles and many other U.S. cities experience a surge in recording-breaking homicides and other violent crimes in 2022.