Hillary: Trump Led ‘Seditious Conspiracy’ to Hold On to Power after Losing Election 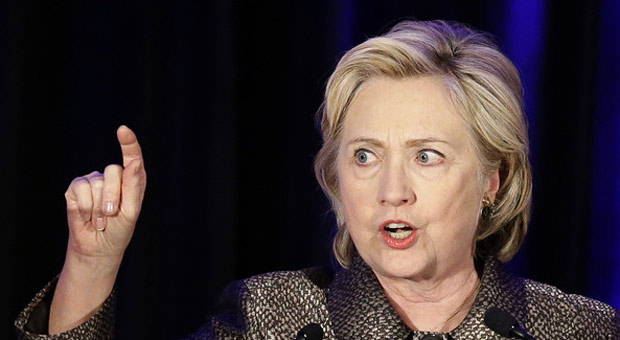 Twice failed presidential candidate Hillary Clinton said that President Donald Trump led a “seditious conspiracy” against the U.S government to hold on to power after “losing” the 2020 presidential election.

During an interview on “CBS Evening News,” anchor Norah O’Donnell asked Clinton, “What is your takeaway about the January 6 committee and Donald Trump’s actions?”

Clinton said, “I would not be honest if I didn’t say I think there was a seditious conspiracy against the government of the United States, and that’s a crime.”

“You know, I was the secretary of state. I spent, you know, many days on airplanes, flying from place to place, encouraging people to have a real democracy.”

“And one of the hallmarks of a real democracy is the peaceful transfer of power,” Clinton said.

“Was I happy when I beat Donald Trump by nearly 3 million votes but lost the Electoral College?” Clinton asked.

“No, I was not happy. Did I ever for a nanosecond think, ‘I’m gonna claim victory and try to get the Democrats to refuse to certify the election?’ No.”

If Trump runs again, Clinton said, “he should be soundly defeated.”

“It should start in the Republican Party,” she added. “Grow a backbone. Stand up to this guy […] And heaven forbid if he gets the nomination, he needs to be defeated roundly and sent back to Mar-a-Lago.”

In 2016, Clinton was under investigation for her own handling of classified information using a
private server as Secretary of State.

Then-FBI Director James Comey said that although Clinton and her team were extremely careless, he recommended she not be prosecuted.

Clinton claimed that was a “very different situation” from what Trump is currently facing.

“I was cleared and [Comey] just kept talking and talking,” she said. “And then came up with a new reason to talk some more 10 days before the election.”

“So I think it’s a really different comparison to what’s going on here when it appears that the Justice Department and the FBI have been incredibly patient, quiet, careful, until they finally apparently thought that national security was at stake,” she added.

An axe-handle wide, and ugly, inside and out.

I don’t even think Bill gives a flying fluck about anything Hilda has to say.

President Trump had the F15s and nukes but didn’t threaten to use them on the American people like Joe Fuccup Biden and his thugs have.

One thing you can say about Hillary Clinton, she has a buttload of gall to call out someone on sedition after leading the charge in a coup conspiracy against a sitting president.

but all you did when you lost was cry, sulk, and get drunk….for a month… then whine about having the election stolen.
other than the month long drunk, what’s the difference??

Nancy Pelosi Caught Out Over Mysterious 'Timing' of Her MASSIVE Stock Trade, DOJ Lawsuit
In the closing days of Nancy Pelosi’s reign as House speaker and weeks before an antitrust lawsuit...
No posts found
wpDiscuz
6
0
What are your thoughts? Click to commentx
()
x
| Reply