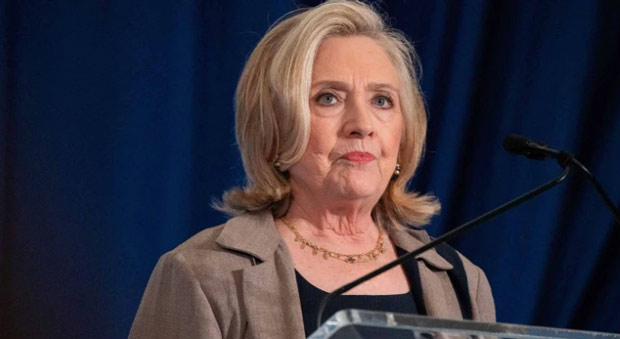 Hillary Clinton’s recent claim that rising crime rates are due to policies pursued by Republicans in red states has been debunked in a new study.

The study reveals that local Democratic officials and George Soros-backed prosecutors in cities and counties are the reason for soaring crime rates in otherwise red states.

The Edwin Meese III Center for Judicial and Legal Studies at the Heritage Foundation reveals in the study “The Blue City Murder Problem” that in 30 American cities with the highest murder rates, 27 have Democratic mayors.

In those cities, at least 14 “rogue prosecutors” were either backed or inspired by George Soros.

Charles Stimson, Zack Smith, and Kevin D. Dayaratna – the study’s authors – concluded, “Whether a state as a whole voted for Donald Trump or Joe Biden has nothing to do with the homicide rates within its constituent parts.”

“The high murder rate is almost exclusively cabined in cities run by Democrats and with Democrat district attorneys, many of whom are Soros bought-and-paid-for rogue prosecutors or inspired by Soros, groups like the egregiously misnamed Fair and Just Prosecution and other battering rams of the movement,” they wrote.

According to the study’s data analysis, if homicide rates of Democrat-run cities in Republican-led states are subtracted, the overall homicide rates are dramatically reduced.

For example, in Missouri, St. Louis City and St. Louis County heavily influence the state’s homicide rate, with about 46 and 14 homicides per 100,000 residents.

Removing both counties drops Missouri’s homicide ranking from fifth to 20th in the nation.

Heritage’s study is a rebuttal to a study published last month by a left-leaning advocacy group, Third Way, titled “The Red State Murder Problem,” which stated that “murder rates are far higher in Trump-voting red states than Biden-voting blue states.”

“The authors of the Third Way ‘study’ either intentionally neglected or simply don’t understand that the ‘criminal justice system’ within the 50 states is not a homogeneous nationwide system, but rather an amalgamation of thousands of microcosms consisting of federal, state, county and local law enforcement agencies and prosecutors and unique approaches to the enforcement of state law,” the Heritage authors wrote.

The Heritage study notes the Third Way findings have been cited by dozens of media outlets, including the Washington Post, the San Francisco Examiner, and NBC News.

“The @GOP love to campaign on being ‘tough on crime.’ But here’s the truth — their policies don’t work. 8 of the 10 states with the highest murder rates are red. Murder rates were 40% higher in red states than blue. Gun deaths are almost 2x as high in red states.”

The Heritage study found that counties with the highest homicide rates have local leaders who are Democrats.

In Orleans Parish, the city with the highest homicide rate in the country as of June 2022, Dis­trict Attorney Jason Williams, Mayor LaToya Cantrell, and all seven members of the City Council are Democrats.

In the city of St. Louis, which has the fourth-highest homicide rate, all the elected officials are Demo­crats.

The Heritage authors said policies enacted by Democrats have added to the “lawlessness across blue cities and the steep rise in crime rates.”

“To suggest now that Republican elected officials who have followed different policies have contributed to crime increases is at best laughable,” they concluded.

If it’s coming from hitlery, you know it’s a lie

Why isn’t this traitor, this perversion of humanity, this animal in jail?! Oh yeah, democrats have perverted our justice system into a two tier system.

Looks like Joe isn’t the only one suffering from cognitive problems. Or maybe she is just no friend to truthful facts.