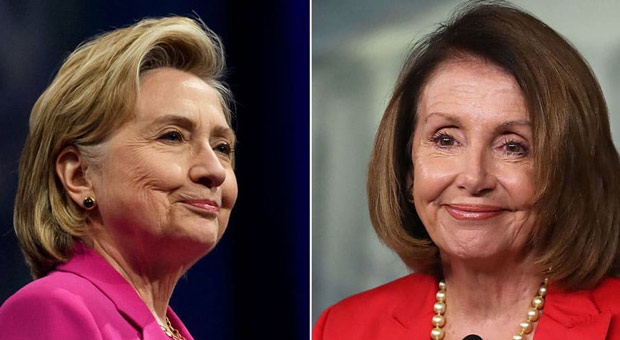 Twice failed presidential candidate Hillary Clinton compared US House Speaker Nancy Pelosi to the late Queen Elizabeth II, claiming they both “fought” for what they believed in.

Clinton’s remarks came as the Queen’s casket was brought to Edinburgh for her final journey for the funeral.

“I think Nancy Pelosi is the gutsiest woman in politics right now,’ Clinton said on CNN’s State of the Union.

“She has shown, through all kinds of turmoil and challenge, what it means to – somewhat like the Queen to be drawing an analogy here – get up every day, put on those high heels she wears, suit up to fight for the values and ideals that she strongly believes in,” Clinton said.

On Sunday, Queen Elizabeth’s coffin was transported from her holiday home of Balmoral to the Palace of Holyroodhouse in Edinburgh.

Clinton said she remembered the Queen as an “engaging and lively conversationalist.”

“One of my favorite memories is when Bill and I stayed with her and Prince Philip on the Britannia, what used to be the royal yacht, as we commemorated the 50th anniversary of D-Day. So we were in close quarters,” she recalled.

“The Queen Mother was there. It was just like being with a family that was having a good time together despite the solemnity of the occasion,” she said.

‘”And of course vice president, Kamala Harris, is someone who is breaking totally new ground, and I know that’s not easy, having done a little of that myself,” the failed 2016 presidential candidate said.

“She’s doing it with, you know, good humor and a smile on her face despite the challenges that come with the role. So those are two that immediately come to mind,” she said.