Harvard Poll: Trump Would Handily Defeat DeSantis If He Decides to Run for President 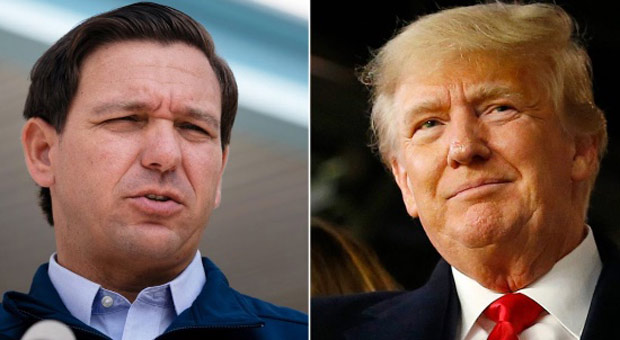 In a potential rematch against Biden, Trump is up two points at 44 percent, compared to Biden’s 42 percent.

Despite the media and RINO Republicans’ calls for DeSantis to become the favorite Republican candidate, the Harvard poll found the Florida Governor is tied with Biden at 43 percent.

Trump also outperforms DeSantis in a potential presidential matchup against Harris, leading her by seven points at 47 percent support.

When DeSantis is pitted against Harris, he only has three more percentage points of support at 42 to 39 percent.

“You and all those watching are the heart and soul of this incredible movement in the greatest country in the history of the world,” Trump told a crowd of supporters at Mar-a-Lago earlier this week.

Although Biden has consistently indicated he would run for President again, the Harvard poll found that 55 percent of voters are concerned about the President’s mental fitness and ability to serve as leader of the U.S.

Meanwhile, DeSantis has remained relatively silent about the prospect of a 2024 presidential run, and although he has not declared his intent, he hasn’t ruled it out either.

Trump cautioned DeSantis against running in 2024, saying the Florida governor “could hurt himself very badly.”

“I think he would be making a mistake, I think the base would not like it — I don’t think it would be good for the party.”

Trump also suggested he would reveal “things about [DeSantis] that won’t be very flattering,” before adding, “I know more about him than anybody – other than, perhaps, his wife.”

But DeSantis eventually downplayed the media-manufactured rift between him and Trump.

“We just finished this election. People just need to chill out a little bit on some of this stuff,” DeSantis told reporters when asked about the potential “Civil War” brewing in the GOP.

The Harvard poll concludes that Trump would handily defeat DeSantis if he decides to run for President.

The survey found Trump is the clear favorite in a potential GOP primary field and leads DeSantis by 18 points at 46 to 28 percent.

Hmm, the fact that the poll is from Harvard, is hilarious.

Harvard? Who would trust Harvard in an out house with a muzzle on?