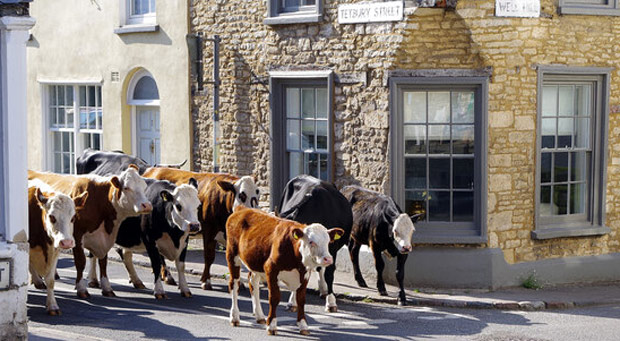 The Irish government has announced plans to dramatically cut the country’s cattle and car numbers to fight “climate change.”

Under the newly-reelected Prime Minister Leo Varadkar, plans are being proposed to reduce the number of cars and cattle as part of the green ‘great reset’ agenda.

The planned reductions are largely an extension of EU green deal schemes that have seen farms across Europe, most notably the Netherlands, threatened with closure under new restrictions.

The Irish Times reports that the draft proposals will force through a new Climate Action Plan scheme mandating the total number of cattle in Ireland.

The reduction would see there being 600,000 fewer cattle in Ireland by the end of the decade.

The Irish government is also targeting cars, with the draft proposal demanding the number of automobiles on the road are cut by one-fifth by 2030.

Although the proposal documents have not been finalized, sources claim there are no disagreements within the coalition in regard to its contents.

Another source said the document will only undergo some “fine-tuning” before publication later this week.

Although the planned reductions are likely to hurt many farmers, in particular in the country, Ireland is far from the only EU country forcing through major green agenda reforms to the detriment of its agricultural industry. Largely at the behest of those in Brussels, governments across the trans-national bloc have been forcing through legislation that is greatly damaging to the livelihoods of many farmers throughout their countries.

So far, the most extreme of these reforms have been forced down the throats of farmers by the Dutch government, with authorities planning to shut down 3,000 farms in the country — by force if necessary — in order to appease bigwigs within the European Union.

Meanwhile, authorities across Germany have also begun implementing restrictions on the uses of nitrogen-based fertiliser — a cornerstone of farming in the modern age — with many in the country’s agriculture sector now banned from properly fertilising their own land over ecological fears.

Again, these measures were reportedly implemented largely in the hopes of appeasing the EU, with authorities from the bloc reportedly threatening to drop hefty fines on Germany should they refuse to implement the extremely damaging measures.

I get how they’d implement the car thing, but cows? How do you enforce that? Will each cow be licensed? Even cows owned by rural people for their own consumption? Will they have to report each cow pregnancy on a government form? What if they don’t report a calving? Will government agents be roaming the countryside inspecting for unlicensed cattle? What will the punishment be for possession of an unlicensed steer?

They will do it the same way they did it under Lenin and Stalin in the USSR!
They intend to reprise the Holodomr on a GLOBAL basis!

Climate Change is another Hoax

Because the potato famine wasn’t enough, they self impose another. I say let them if they so choose. Darwin’s Law……

Are the people of Ireland going to accept this ?

It would prevent more CO2 if they banned private jet travel for government officials and climate activist?

Harvard Abruptly Shuts Down 'Disinformation' Research Project Led by Hunter Biden Laptop Skeptic
Harvard’s Kennedy School of Government has pulled the plug on its “Disinformation”...
No posts found
wpDiscuz
9
0
What are your thoughts? Click to commentx
()
x
| Reply