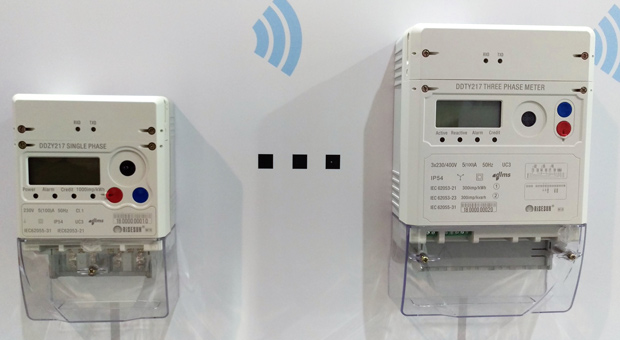 A government agency in Germany announced plans to remotely limit home heating and charging of electric cars under a new scheme.

Germany’s Federal Network Agency, a watchdog that regulates electricity and gas in the country, said the plan would allow the power grid operators to remotely limit people’s use of heat pumps and electric car chargers next winter without the user’s consent.

The plans, set to be in place by January 2024, will give energy grid operators the power to artificially curb electricity demand if consumption outstrips supply.

Die Welt reported that the plans had been drawn up in the wake of the German energy grid being put under more strain due to the increasing use of electric car chargers and people using supposed ‘environmentally friendly’ electricity-intense heat pumps in their homes.

The increased demand cannot be caught up to with increased supply, meaning the government believes that remote consumption restrictions are the only solution.

The agency reportedly says that the public would require an “acceptance of necessary comfort restrictions” to implement remote-controlled energy grid operators.

Such limitations would effectively cripple the effectiveness of many devices, making it take as long as three hours for the charging of electric cars, only enough for it to travel up to 50 kilometers, according to Die Welt.

The measures will likely be in place by the middle of next winter, when Germany will probably see even worse energy issues.

Meanwhile, the EU Commission President, Ursula von der Leyen, and the International Energy Agency warned the country faces a massive gas shortfall in the tens of billions of cubic meters next year.

But the planned restrictions on car chargers have reportedly upset Germany’s automotive industry, most notebly the President of the Association of the Automotive Industry, Hildegard Müller, who said it does not provide “intelligent incentives” for authorities to “prevent local network overloads before they occur.”

The Federal Network Agency’s head, Klaus Müller, also warned that the country is burning through its gas reserve far faster than it had budgeted for.

“We don’t have to ring the alarm after two or three weeks like now. But it must not go on like this for the whole of January and February,” he said, warning that Germany only saved 5 percent of gas compared to the previous year.

Nazi mentality. This kind of thing is in their blood.

This is what the entire EV con is all about. These Megalomaniac Tyrants could care a less about the planet because ’emissions’ have no genuine negative impact on our weather. They want your freedom of movement tethered at all times to them.

This is merely a test for the GLOBALISTS to learn what’ll it take to control energy amongst the PEASANTS across the globe. So, everybody…go get those electric ‘cars’ and make sure to network your entire house. FOOLS!

we warned everyone this sort of thing was coming. I refuse to install a “smart” thermostat that gives access to anyone but me.

they will control your meter to restrict usage.

seems that more energy would be easier to create and provide a better life for the citizens but that doesn’t fit the money/power gov’t scenario?

Victims of Wittgenstein and Kant. Nothing is more powerful than an idea whose time has come and, man, those two cats has some nasty thoughts.

Harvard Abruptly Shuts Down 'Disinformation' Research Project Led by Hunter Biden Laptop Skeptic
Harvard’s Kennedy School of Government has pulled the plug on its “Disinformation”...
No posts found
wpDiscuz
7
0
What are your thoughts? Click to commentx
()
x
| Reply