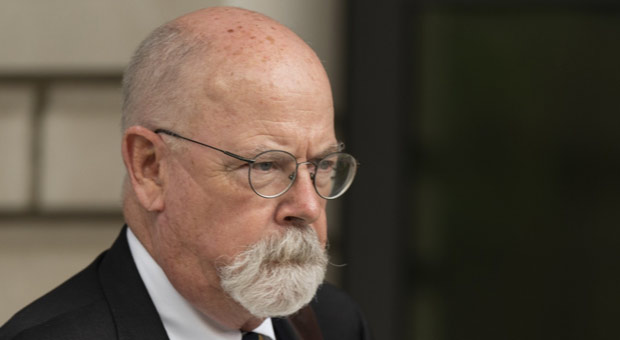 General Flynn weighed in on Igor Danchenko’s acquittal on Tuesday for four counts of lying to the FBI, saying special counsel John Durham’s reputation as a “thorough prosecutor” is “now gone.”

The two cases Durham took to trial have ended acquittals, which leaves those expecting justice with little hope for the future.

Durham initially charged Danchenko with five counts of lying to the FBI. Still, the jury returned not-guilty verdicts on all charges against the Russian expat and think tank analyst who provided the bulk of the material for the anti-Trump dossier.

So not one of the FBI-DOJ agents who participated in the coup against President Trump will face any justice.

Flynn responded to the jury verdict.

“The whole episode makes the DOJ and FBI look wholly corrupt or wholly incompetent or a combination of the above, neither of which is good for the country and neither instills any confidence in the rule of law for the average citizen,” General Flynn said.

“It’s disgraceful, and clear evidence exists that treason or certainly fraud occurred by the Clinton campaign and by the leadership inside both organizations,” Flynn added.

“Durham should be ashamed. Whatever his reputation as a thorough prosecutor was is now gone,” Flynn stated.

“We’ve known all along that Mr. Danchenko was innocent. We’re happy now that the American public knows that as well,” Sears told reporters outside the courthouse.

“We thank these jurors for their hard work and deliberation in reaching the right decision.”

In a statement, Durham said:

“While we are disappointed in the outcome, we respect the jury’s decision and thank them for their service. I also want to recognize and thank the investigators and the prosecution team for their dedicated efforts in seeking truth and justice in this case.”