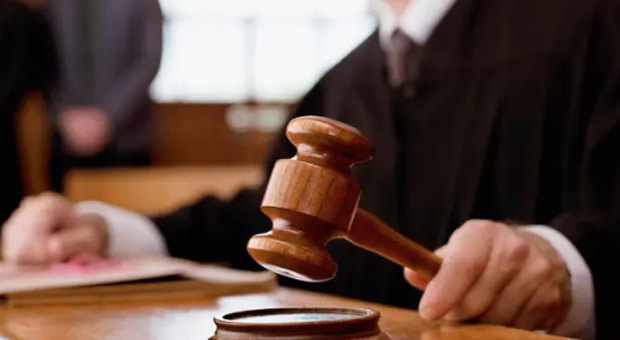 A former Florida tax collector was sentenced to 11 years in prison on Thursday for child sex trafficking and other criminal offenses, according to reports.

“Nothing justifies my actions,” Greenberg said before U.S. District Judge Gregory Presnell in an Orlando courtroom, as per The Associated Press.

“My conduct is so shameful. I feel remorse for what I’ve done,” Greenberg said.

The former tax collector apologized to the people of Seminole County, his parents, children, and ex-wife.

“I deserve punishment no matter how long that may be,” he said, The New York Times reported.

Greenberg initially faced up to 30 years in prison for sex trafficking and stealing $400,000 in taxpayer money.

However, federal authorities reduced his sentence in exchange for cooperation with the government, which led to investigations of 24 people, including eight for sex crimes.

Gaetz denied the allegations, claiming they were part of an extortion plot from “people at the Department of Justice.”

As The Daily Wire noted:

Sources familiar with the investigation of Gaetz reported last month that prosecutors informed their superiors that they would not be pursuing charges against the representative in connection with a sex-trafficking investigation that has been ongoing since 2020.

Prosecutors argued that the charges would be dropped because Greenberg and another central witness in the case have questionable credibility.

Greenberg, a former associate of Gaetz, allegedly tried to smear the Republican congressman, similar to other accusations he made against politicians.

Judge Presnell said, “He has provided substantial cooperation to the government — more than I’ve seen in 22 years.”

“In 22 years, I’ve never experienced a case like this,” Judge Presnell said. “I have never seen a defendant who has committed so many different types of crimes in such a short period.”

Scheller also requested to the judge that Greenberg only get a portion of the sentencing, arguing that his client had changed.

“Mr. Greenberg was using money and sex to access political circles,” Scheller said. “He came from a dark place, a lack of self-worth, and tried to ingratiate himself with a collection of people.”

U.S. Attorney Roger B. Handberg for the Middle District of Florida described Greenberg as a “hardened criminal who never did the job he was elected to,” The New York Times wrote.