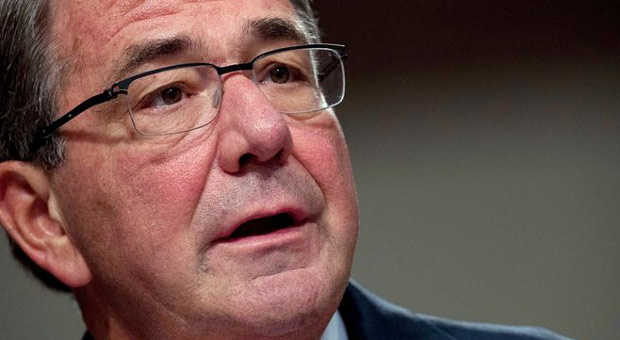 Former President Barack Obama’s secretary of defense, Ash Carter – who served from 2015 to 2017, has died at 68, his family announced.

According to reports, Carter died from a “sudden cardiac event” while in Boston.

Carters’ family said in a statement:

“It is with deep and profound sadness that the family of former Secretary of Defense Ashton Carter shares that Secretary Carter passed away Monday evening in Boston after a sudden cardiac event at the age of 68.”

During Carter’s time serving as secretary of defense, he helped direct the country’s efforts to combat ISIS in Iraq and Syria.

In 2015, Carter removed all remaining restrictions on women serving in combat, ending the ban on transgender troops in 2016.

“Americans who want to serve and can meet our standards should be afforded the opportunity to compete to do so,” Carter said in 2016.

“Our mission is to defend this country, and we don’t want barriers unrelated to a person’s qualification to serve preventing us from recruiting or retaining the soldier, sailor, airman, or Marine who can best accomplish the mission.”

Douglas Elmendorf, the dean of the Harvard Kennedy School, called Carter’s death “so sudden and so devastating.”

“The United States and the world know Ash Carter for his lifelong efforts to serve this country, to defend the best values of this country, and to build a safer world for all people,” he wrote in a message to faculty, students and staff.

He also held numerous roles in the private sector and at academic institutions, including as a senior executive at the Markle Foundation, a senior partner at Global Technology Partners, and an adviser on global affairs to Goldman Sachs.

Nobody cares, as nobody will notice when I’m gone.
There is one big difference, I will die knowing I was a good family man, who never hurt anyone or broke any laws & my moral compass was always in line with the good of all people in mind.