Ford to Cut 3,000 Jobs While ‘Transitioning’ to Electric Vehicles 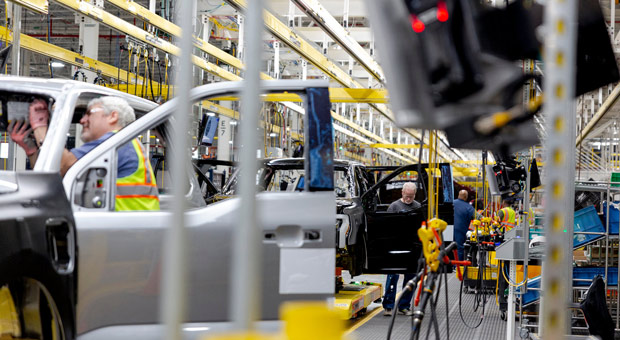 America’s most famous motor Company, Ford, will lay off approximately 3,000 workers to save money while it ‘transitions’ to electric vehicles.

As Wall Street Journal reported, the company’s internal email to employees announced it would begin notifying the affected salaried and agency workers in the next few days.

“The workforce reduction mostly targets employees in the U.S., Canada and India. About 2,000 of the targeted cuts will be salaried jobs at the Dearborn, Mich., auto maker. The remaining 1,000 employees are working in contract positions with outside agencies, the company said,” the article continued.

The email also said the company was changing to embrace updated technologies.

Chief Executive Jim Farley said Ford had too many employees “and that the existing workforce doesn’t have the expertise needed to transition to a portfolio of electric, software-laden vehicles.”

Ford recently increased the starting prices of its electric F-150 Lightning truck by over $8,000 due to material costs rising and additional factors.

“Ford is the latest in a long line of automakers increasing the prices of their electric vehicles amid rising inflation and development costs, ” it added.

But driving electric is not as green as they claim, as The Daily Fetched reported earlier this month:

Lithium mining for electric car batteries has revealed itself to be a major contributor to environmental pollution.

The Biden administration announced an investment of over $3 billion to produce lithium batteries. The investment is a crucial part of Biden’s goal to have t least half of all vehicle sales in the U.S be electric by 2030.

Although the carbon emitted depends on the rock it’s extracted from, for a very ton of lithium harvested, this technique produces at least 15 tons of CO2 – hardly ‘green.’

Mineral extractions like lithium and coal are, to put it bluntly, bad for the environment.

Now experts are sounding the alarm over the reality of renewable energy.

“While lithium-ion batteries are light-weight and convenient for modern-day electronics, they not only emit a large amount of carbon dioxide to produce, but they also tap into precious water reserves,” chief operating officer of Greenly, Matthieu Vegreville, told The Epoch Times.

Last year, Ford reportedly planned to relocate a $900 million investment intended for an Ohio plant to a site in Mexico, the United Auto Workers (UAW) union alleged at the time.