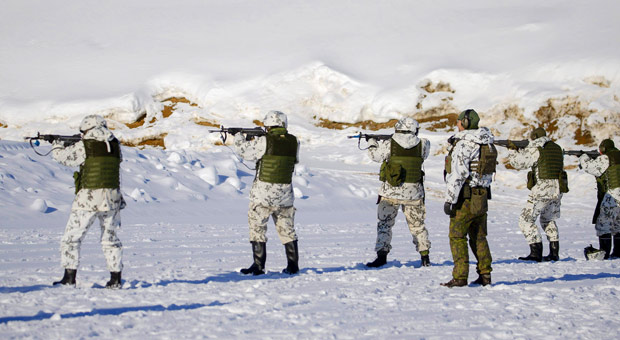 The Finnish Defence Forces and others are preparing to evacuate citizens along the Russian border in the event of a possible conflict in Finland.

Finnish Defence Forces may resort to going door to door to help evacuate those living along the border with Russia, according to reports.

Colonel Marko Turunen, the North Karelian Border Guard commander, said that many were interested in the topic of security in the area.

“Issues directly related to the war in Ukraine were not a priority there, but indirectly everyone wonders what the security situation is like in North Karelia. Surely for many, the international situation is in the back of their minds,” Colonel Turunen told broadcaster Yle.

Director of the Regional State Administrative Agency for Western and Inland Finland, Tarja Wiikinkoski, estimated that around 70 to 80 percent of Finns use their transport, while others use public transport.

Finland has been on alert of the possibility of Russian moves along its border since February, and more specifically after announcing it would seek to join the NATO alliance.

“We have systematically developed our military defence precisely for this type of warfare that is being waged there (in Ukraine), with a massive use of firepower, armored forces, and also airforces,” Kivinen said.

Meanwhile, Finnish Prime Minister Sanna Marin said she supports building a partial fence along the Russian border to control who is coming into the country.

The news comes as Russian forces make “tactical advances” in the Donbas following bad news for their “special military operation,” according to British intelligence.

“In the last three days, pro-Russian forces have made tactical advances towards the centre of the town of Bakhmut in Donetsk Oblast,” the Ministry of Defence (MoD) claimed in one of its regular military intelligence updates on the war in Ukraine.

What is this author smoking? Of course Finland is bolstering their border, as is Poland etc. But that tiny field near Bakhmut is meaningless, Ukraine has liberated massive areas and by the end of the year, maybe far sooner if the rot is deeper than it shows, Russia will be booted back across the river at Kherson.