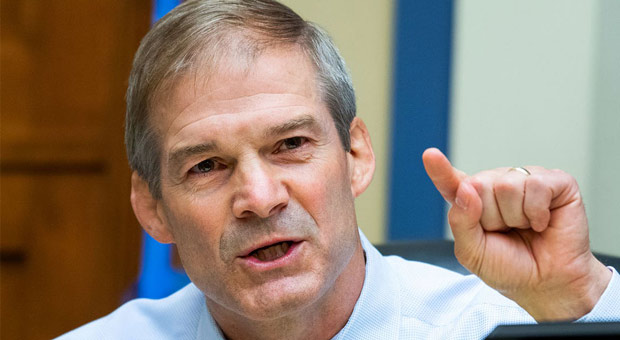 Republican Rep. Jim Jordan accused the FBI of purging conservatives and whistleblowers who have come forward to expose the bureau’s political bias.

“During the course of this investigation, we have received protected whistleblower disclosures that the FBI is engaging in a “purge” of employees with conservative views by revoking their security clearances and indefinitely suspending these employees,” Jordan told Moore.

Moore was subjected to Jordan’s letter because she signed “many of the formal notices.”

Jordan told Moore he had information indicating she had “retaliated against at least one whistleblower who has made protected disclosures to Congress.”

The Republican also told Fox News that one whistleblower said the Justice Department was labeling some parents who showed up to school board meetings a threat allowing the DOJ to “prosecute them when appropriate.”

“As we informed Director Christopher Wray, we take whistleblower retaliation seriously, and we, therefore, require that you appear for a transcribed interview as soon as possible,” Jordan warned.

Republicans highlighted a letter from the National School Boards Association to Attorney General Merrick Garland last year that warned some of the threats school officials were receiving ‘could be the equivalent to a form of domestic terrorism.’

Although Garland directed the DOJ to investigate threats, he didn’t use the ‘terrorism’ language.

Last month, Jordan revealed in August that FBI whistleblowers said the bureau was ‘deliberately manipulating’ how case files related to January 6 to match the political narrative’ that domestic extremism is a national threat.

‘We refer to that as juicing the numbers – its pressure that is existing at the FBI to satisfy this narrative from President Biden, where he called half the country fascist and extremists,’ Jordan said, noting Joe Biden’s recent communist-style speeches calling out ‘MAGA Republicans,’ especially for their role on January 6.

Earlier this month, we reported the FBI were moving agents off of child sexual abuse investigations in pursuit of political investigations.

FBI director, Christopher Wray, said that the FBI considers the January 6 Capitol attack an act of “domestic terrorism,” suggesting “serious charges” were on the way.

SO DO SOMETHING ABOUT IT!!!!

The FBI needs to be shut down

Agree. No longer serving we the people, just leftists that hate this country.

Not just the FBI. I have a friend who works as an analyst for the NSA, and he had to remove over half of his friends from his social media accounts because, being from Montana, many of are conservative. And if they find that he communicates with conservatives, he’ll be investigated and likely fired. He still calls me on the land line.

Boycott Tampax Trends on Twitter After Creepy Tweet From the Brand Goes Viral
Feminine product brand Tampax began trending on Twitter yesterday after followers demanded a boycott....
No posts found
wpDiscuz
5
0
What are your thoughts? Click to commentx
()
x
| Reply