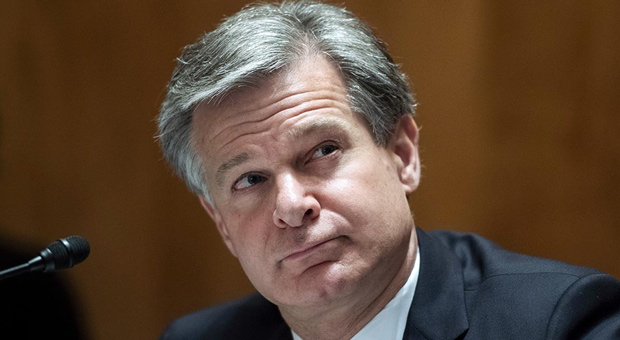 Responding to online threats, Wray told the Associated Press that “violence against law enforcement is not the answer.”

“Violence against law enforcement is not the answer, no matter who you’re upset with.”

According to The New York Post, the FBI’s search warrant to enter the palatial Palm Beach property focused on evidence of classified information and presidential records being stored there.

According to a source close to Trump, there was concern FBI agents or DOJ lawyers could have “planted stuff” because they would not allow Trump’s attorneys inside the 128-room building to observe the operation,

Trump suggested the FBI may have been ‘planting’ evidence during the highly publicized raid at his Mar-a-Lago home in Florida.

The former President wrote on Truth Social post on Wednesday:

“Why did they STRONGLY insist on having nobody watching them, everybody out?” said Trump

Almost all Republicans and the former President’s supporters denounced the raid, likening it to third-world dictator tactics.

In an op-ed for Vanity Fair, Bess Levin argued that the Biden administration is potentially using law enforcement agencies to destroy a political opponent, which could lead to another January 6.

“It’s not that hard to imagine where this type of rhetoric could lead people, because something similar happened, oh, just 19 months ago, on January 6, 2021. But apparently that’s of little concern to Team Trump,” argued Levin.