Fauci Snaps: “We Don’t Even Use the Word Gain-of-Function, It’s So Nebulous” 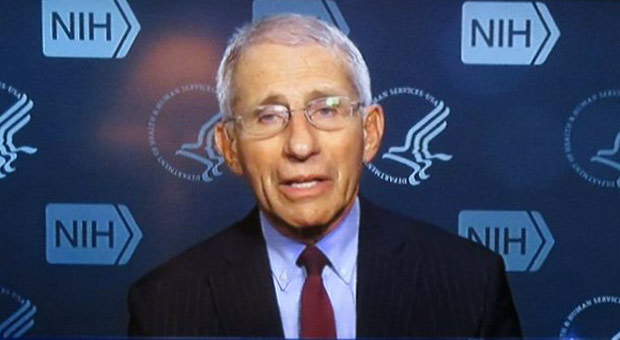 Former NIAID Director Dr. Anthony Fauci claimed during an interview with CBS’ “The Takeout” podcast, “we don’t even use the word gain-of-function,’ claiming it is “is such a nebulous, generic term.”

CBS News Chief Washington Correspondent Major Garrett said: “There are acolytes of Elon Musk who say when you read gain-of-function, you should just translate that to bioweapon.”

“That’s absolutely incorrect. For example — the reason we don’t even use the word gain-of-function.”

“We use the word what kind of guardrails do you need to put on a proposed experiment, what are the rails that you put up of — in order to do the experiment, you have to get special permission,” Fauci said.

“That was well worked out by bodies beyond the NIH, the National Academies of Science, the Office of Science and Technology Policy,” Fauci added.

“And the experiments that were done were well within those guidelines. Gain-of-function is such a nebulous, generic term that, for example, the vaccine…that is made for influenza is to take a virus and give it the gain of function to grow in an egg to get the vaccine that is now protecting you against flu,” Fauci continued.

“So, we don’t use gain-of-function when we’re talking about that now because it’s such a broad category that it can get misinterpreted by people of gain-of-function means bad things. Well, no.”

Fauci’s remarks come just days after Twitter CEO Elon Musk said the latest instalment of the “Twitter Files,” dubbed the ‘Fauci Files,’ will be dropped soon on the platform.

The ‘Fauci Files’ still have yet to appear, but rumours swirl they could be posted anytime this month.

In December last year, Senator Rand Paul said Fauci was directly responsible for the deaths of millions of people by funding dangerous research.

“Likely there is no public health figure who has made a greater error in judgment than Dr. Fauci,” Paul said.

Paul declared that Fauci funded “research that allowed them to create super viruses, that in all likelihood leaked into the public and caused seven million people to die.”

It’s a phrase, dearie, not a word.

The Central Scrutinizer
Reply to  Leanna

Gain of function, genetic engineering, selective breeding, whatever. Same s**t.
Its all about getting a bug to do what you need it to do. Semantics is the playground of obfuscators.

IMHO, The NIH and special permission not factors when funding GOF in China. The purpose of “gain of function” is not nebulous; only the motives, finances, and resulting damages are now to be resolved. It appears legal and medical safeguards were circumvented for a purpose not yet disclosed. We should distinguish the difference between, “research” and “refining” as one is for knowledge and the other is for the product. The funded work performed in Wuhan was not “research”.

They don’t avoid the term “gain of function” because it’s inaccurate, they avoid using it because it’s accurate…and self-incriminating.

Dr. Fauci. Commit Suicide. .Save us the ammo later.. IMO

Harvard Abruptly Shuts Down 'Disinformation' Research Project Led by Hunter Biden Laptop Skeptic
Harvard’s Kennedy School of Government has pulled the plug on its “Disinformation”...
No posts found
wpDiscuz
7
0
What are your thoughts? Click to commentx
()
x
| Reply