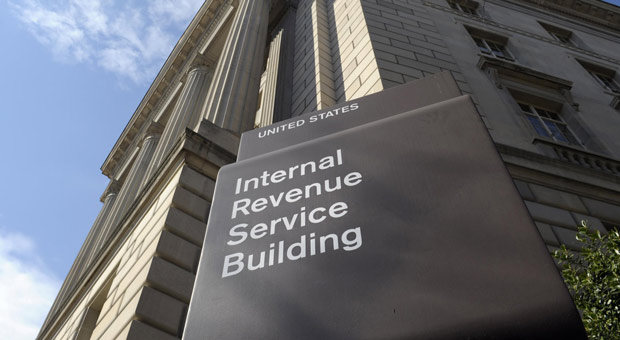 Social media giant Facebook has censored an accurate claim that the IRS is seeking to “arm agents to use deadly force” after a fact checker flagged it as “false.”

An IRS job posting was uncovered earlier this month which announced the agency was seeking to hire new agents who are ready to kill.

One of the “major duties” listed in the ad was to be able to “carry a firearm and be willing to use deadly force, if necessary.”

But the ad stoked controversy after it went viral, prompting the IRS to quickly delete the job posting.

Later, a 2021 IRS annual report was also uncovered, which showed heavily armed agents simulating an assault on a suburban home, which was part of their “training.”

After the Heritage Foundation and Young Americans for Liberty (YAL) posted the information on Facebook, the social media giant deployed one of their ‘fact checkers,’ Lead Stories, which slapped a warning label saying the post constituted “partly false information.”

Not only do fact checkers add labels to posts deemed “false,” but they also bury content in Facebook’s algorithm, so large numbers no longer see it of people.

The headline of the article by Lead Stories read, ‘Fact Check: IRS Is NOT Trying To Arm All Its Agents’

However, as Christina Maas notes, “The Heritage Foundation never said the IRS was arming all of its agents.”

The youth group posted a screenshot of the original job posting and wrote:

“The IRS is hiring! The government wants its IRS agents armed and its citizens disarmed. We’ll let everyone just marinate on that for a second.”

“No, that’s not true: A job posting from the IRS Criminal Investigation unit, which carries firearms, does refer to carrying firearms,” the Fact Checker added.

Fact Checkers use various tactics like selecting a piece of language that was used, or not used, which may slightly exaggerate the claim, then declare that the entire story is “false information.”

Earlier this year, USA Today, used as a ‘fact checker’ by social media platforms, was forced to delete 23 articles after an investigation found one of its reporters had fabricated sources.

‘Be willing to use deadly force’ sounds pretty much like they expect their new agents to actually use their weapons.

It’s true some special IRS agents are required to be armed and the fact checker is incorrect. Here is some context included in my link. There is a group of agents who are required to legally carry a gun. However, it’s approximately 2,100 of the total number of IRS personnel. What’s true is a very small majority of new IRS agents will carry guns.

Yea The IRS has become the KGB AMERICA

Yeah…this is how the Ministry of Truth operates. This has been happening for years. When liars and frauds in the government aren’t held to account, this is what you get.

The two original phony fact-checkers, Factcheck and Politifact (whose creation coincided with Obama’s 2008 Presidential campaign and the issue about his place of birth) used a number of linguistic tricks to make a true statement be false. One way, as you noted, is to add modifiers to a statement to make it be more inclusive than it actually is (like adding the word “all” when it doesn’t refer to everyone or everything).

The most recent and most repeated deception used by fact-checkers and the Democrats in congress and the Media is how they “debunked” the theft of the 2020 election. They attached the modifier ,”widespread,”to “voter fraud” so they could say, “There was no widespread voter fraud in the 2020 election.” The statement is literally true but it also hides the fact that the fraud only needed to occur in a minimum of five swing states to flip the results from Trump to Biden (which is exactly what was discovered).

Politifact got their start by fact-checking claims about Obama’s full name, his place of birth and his religion. Politifact frequently used another trick to make a true statement false by linking the true statement with another statement known to be false and then labeling the compound statement as false.

Two rumors about Obama that were floating around the Internet was that his middle name was Muhammad (which it wasn’t), that he was born in Kenya (not in Kenya but also not in the USA) and that he was a “secret Muslim” (he was but it wasn’t a secret).

So, Politifact would “fact-check” these rumors by making them into compound statements like the following:

Obama was born in Kenya and his middle name is Muhammad.

Obama is a “Secret Muslim” and his middle name is Muhammad.

They would also create a compound statement in reverse to make it true like this:

Obama was born in the USA and his middle name is NOT Muhammad.